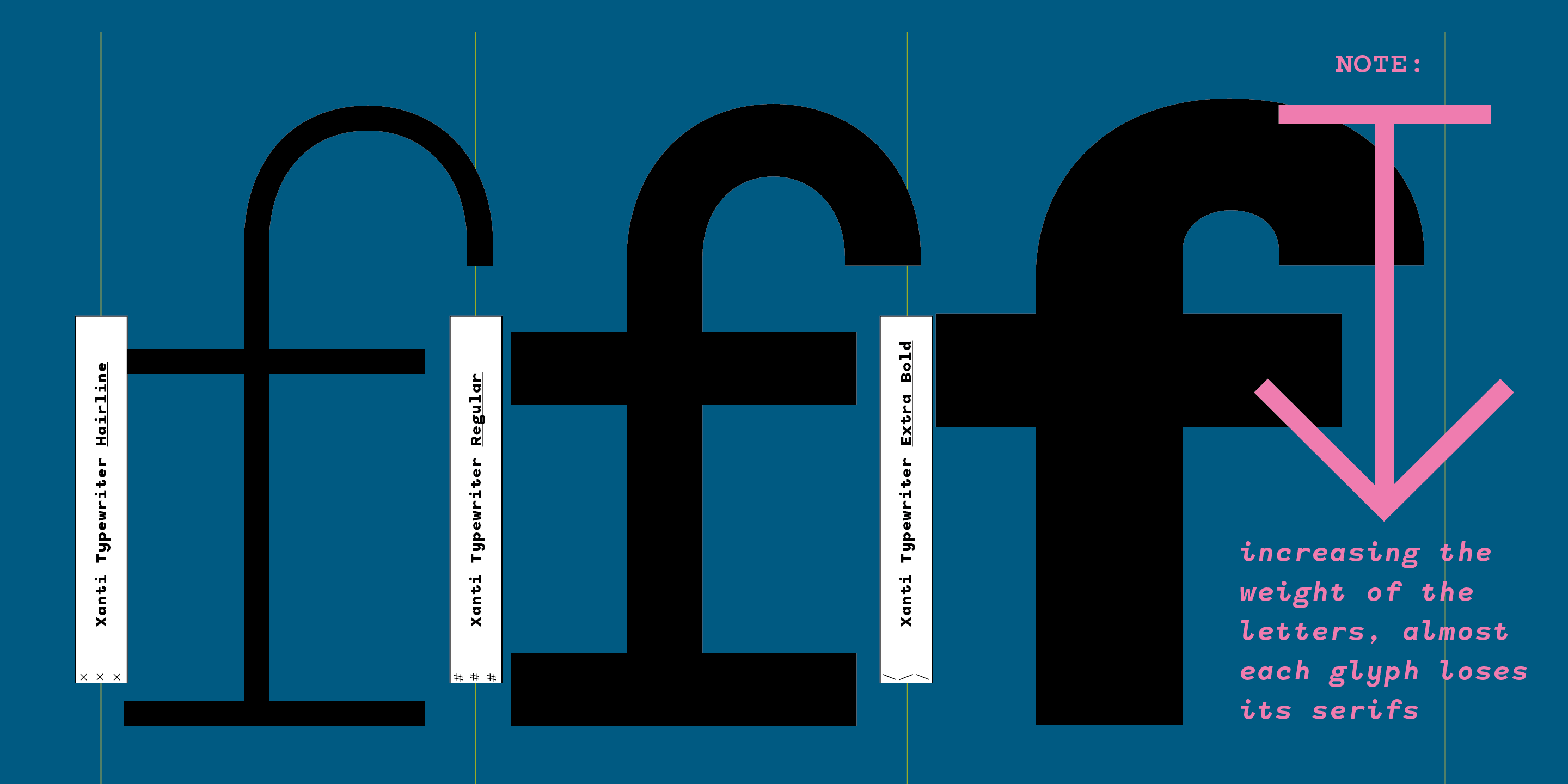 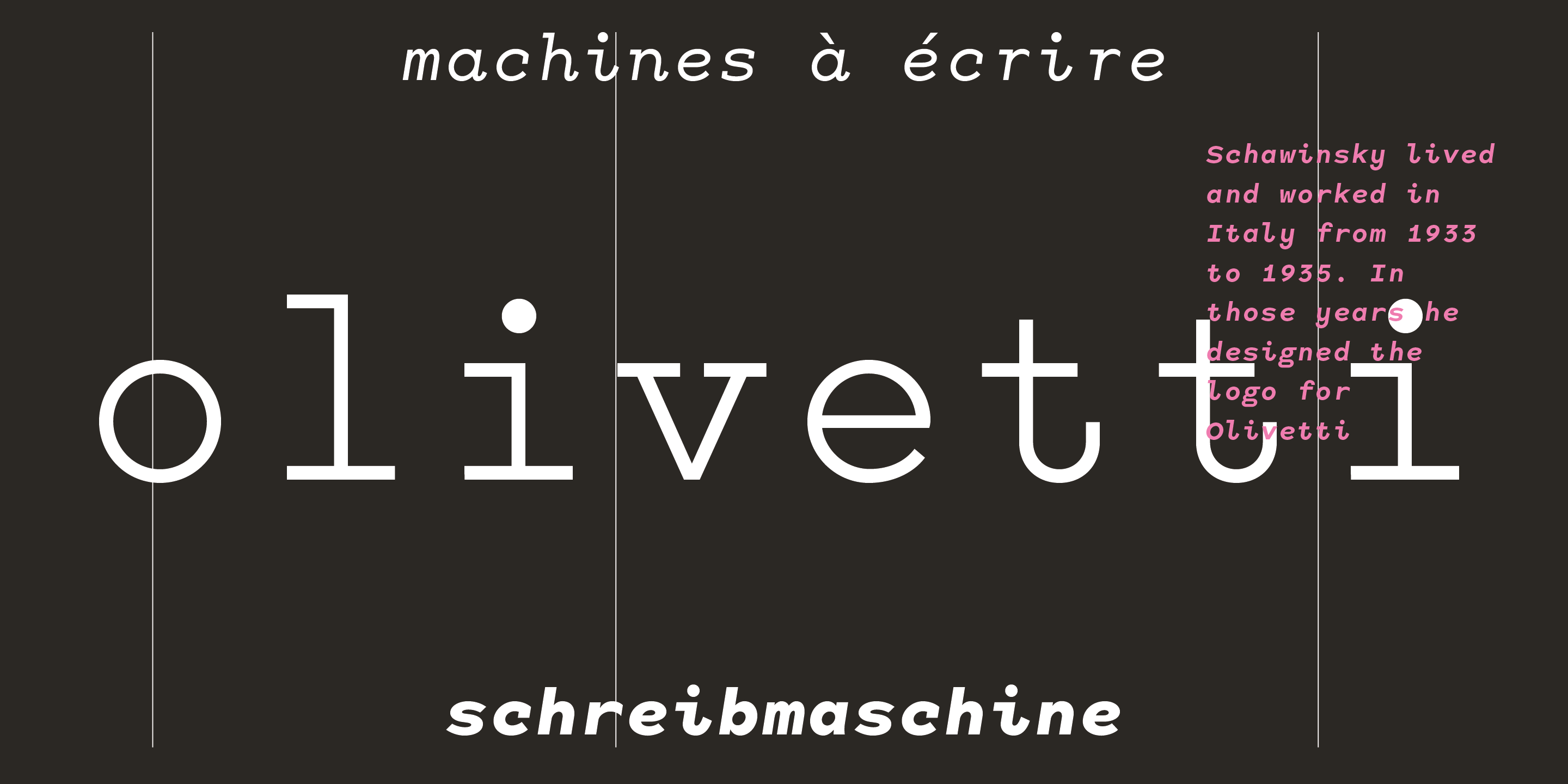 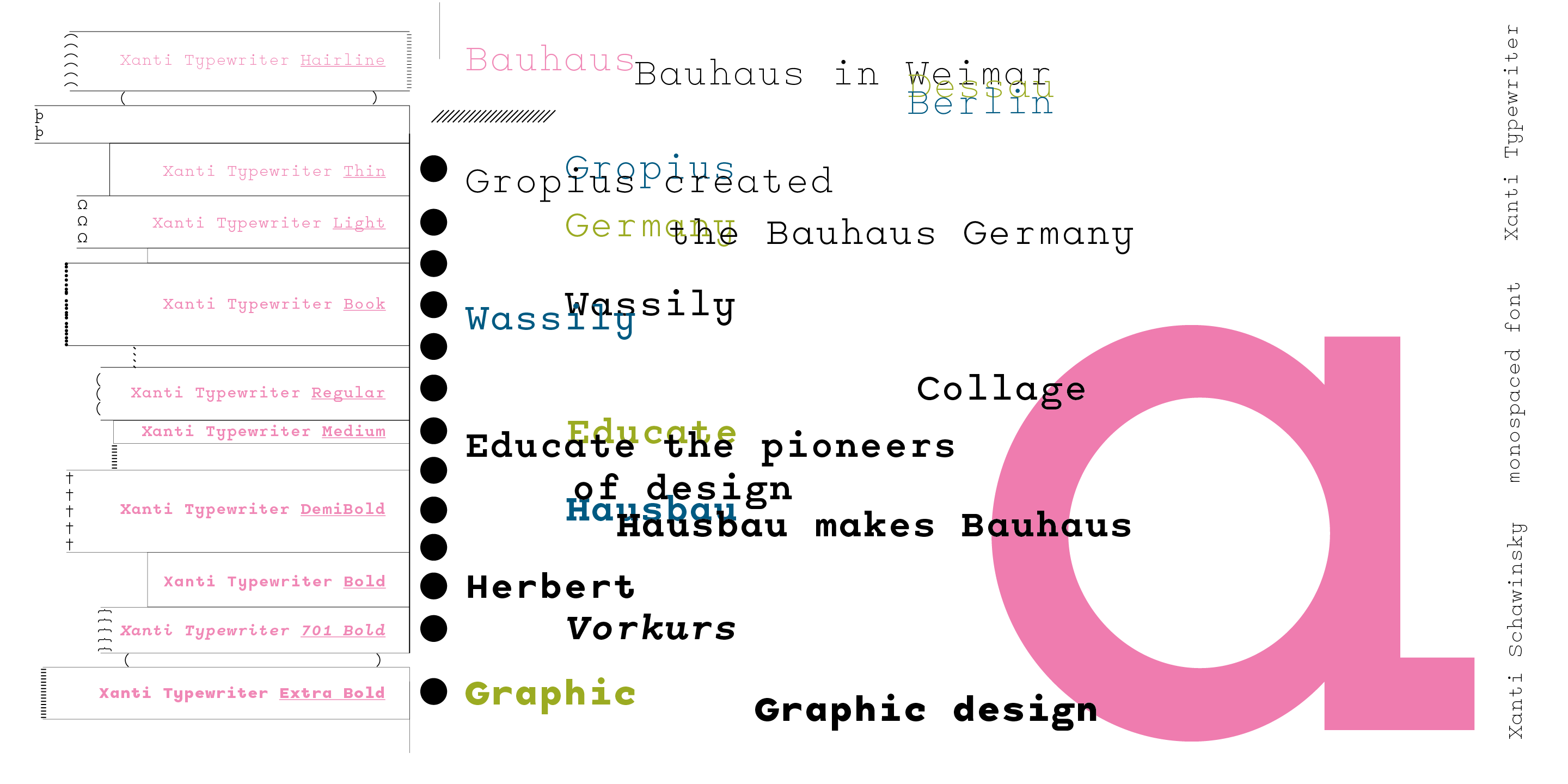 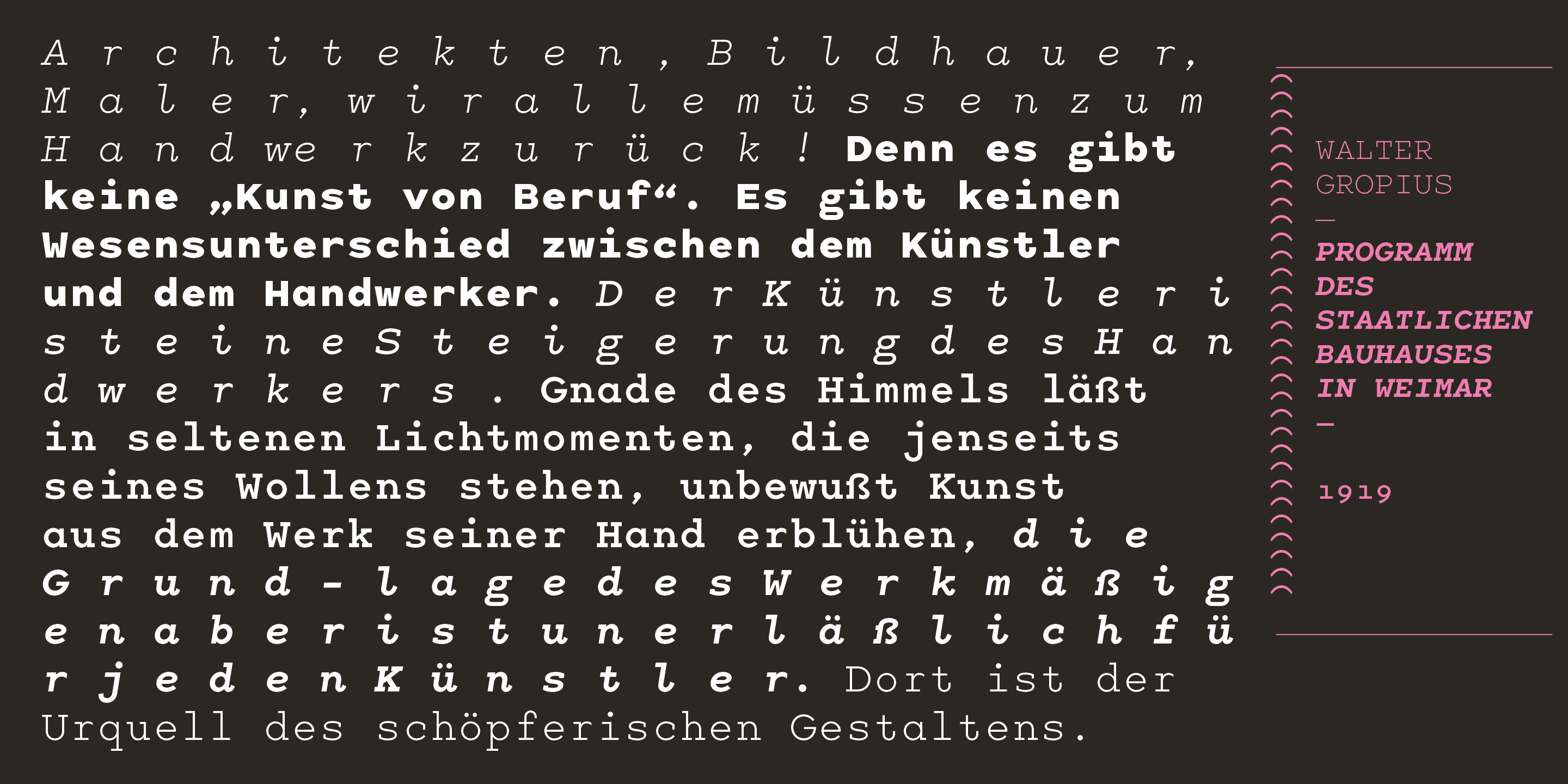 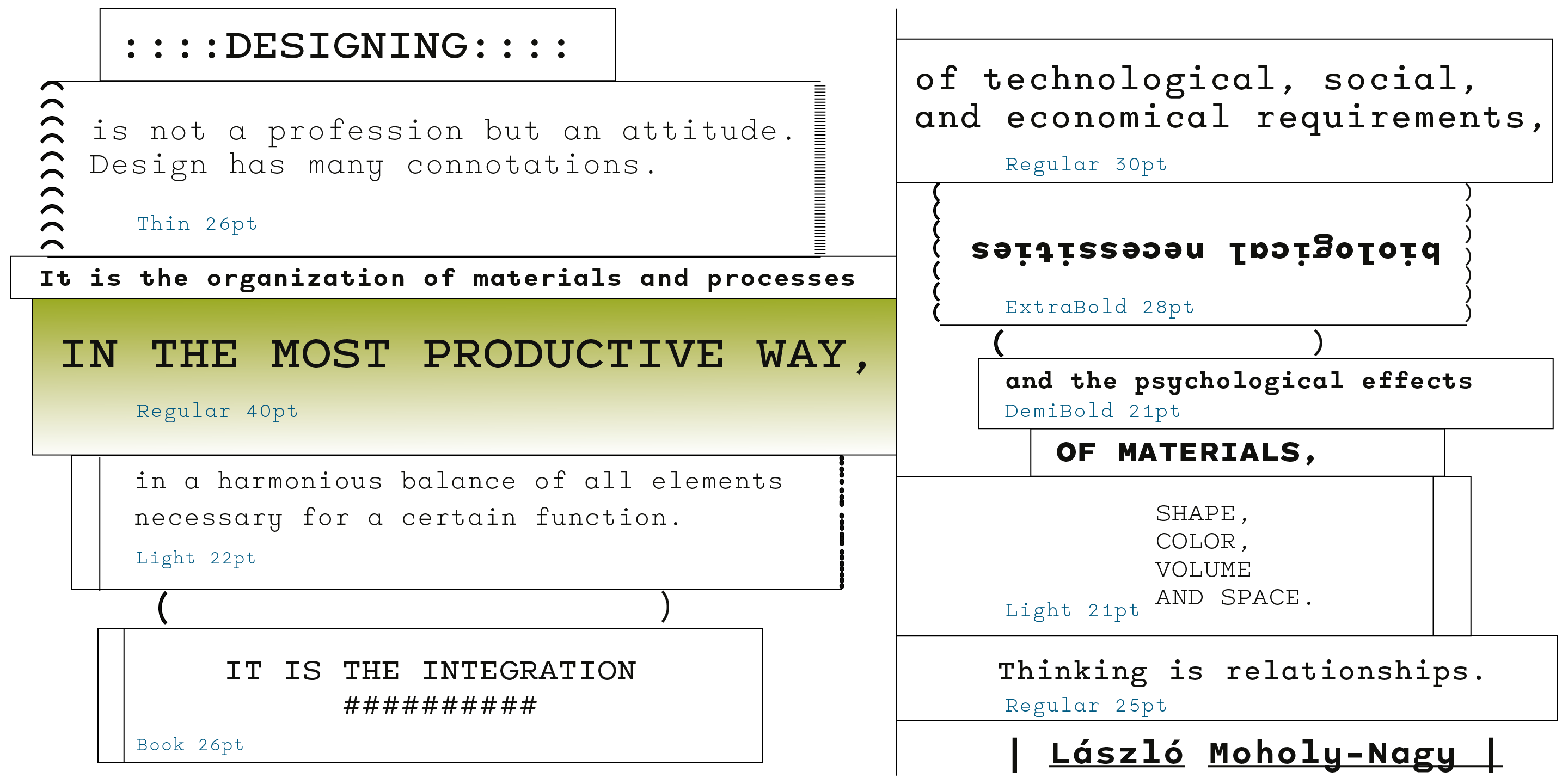 Xanti Typewriter is a monospaced type family. Its strong and geometric construction is based on the logo designed in the mid-1930s for Olivetti by Xanti Schawinsky, a Bauhaus disciple and a pioneer of what later became the Swiss Style. Beyond the influence of Bauhaus typography, what makes Xanti Typewriter interesting is that, by increasing the weight of the letters almost all glyphs lose their serifs. This design decision allowed Xanti Typewriter to become a type family with eight weights from Hairline to ExtraBold and matching italics, and to cover many applications, from packaging to editorial design and coding. Lastly, Xanti Typewriter is fully equipped with lining and old style numerals, slashed zero, and alternates.