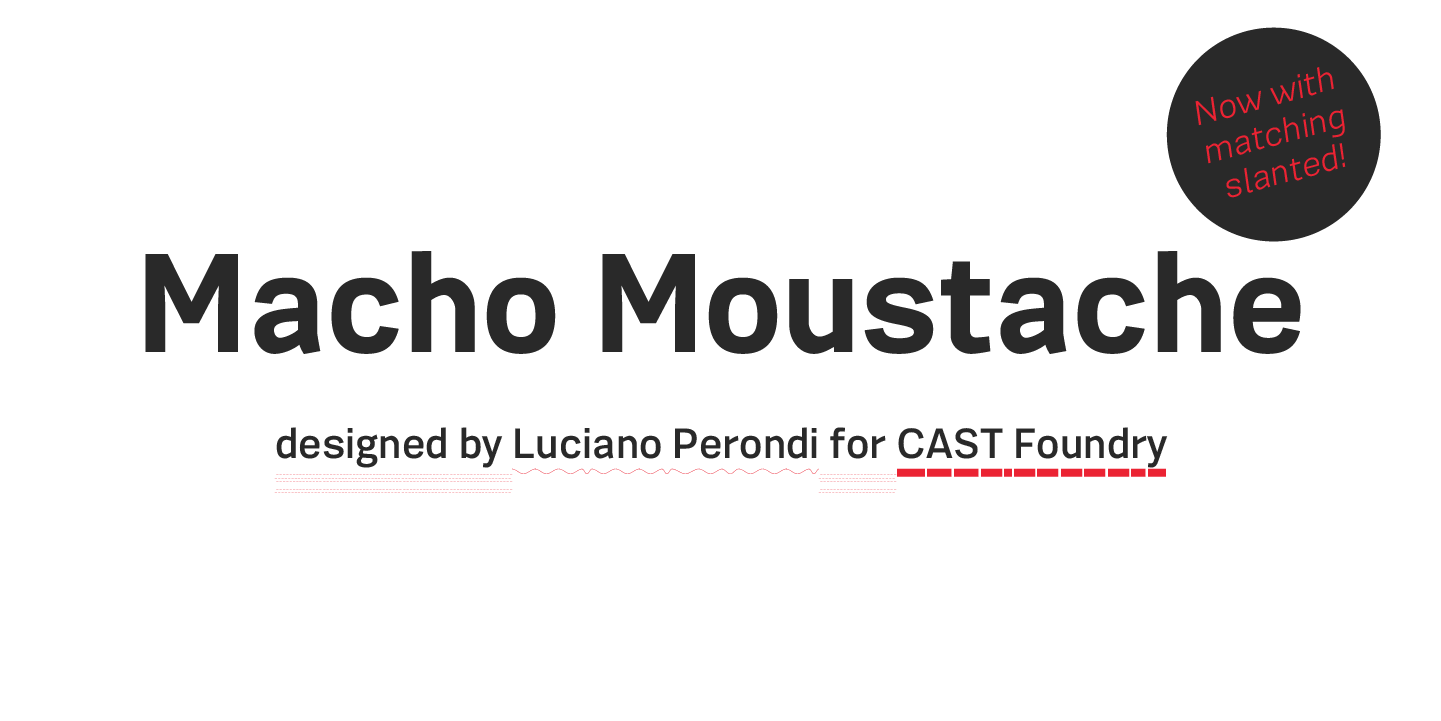 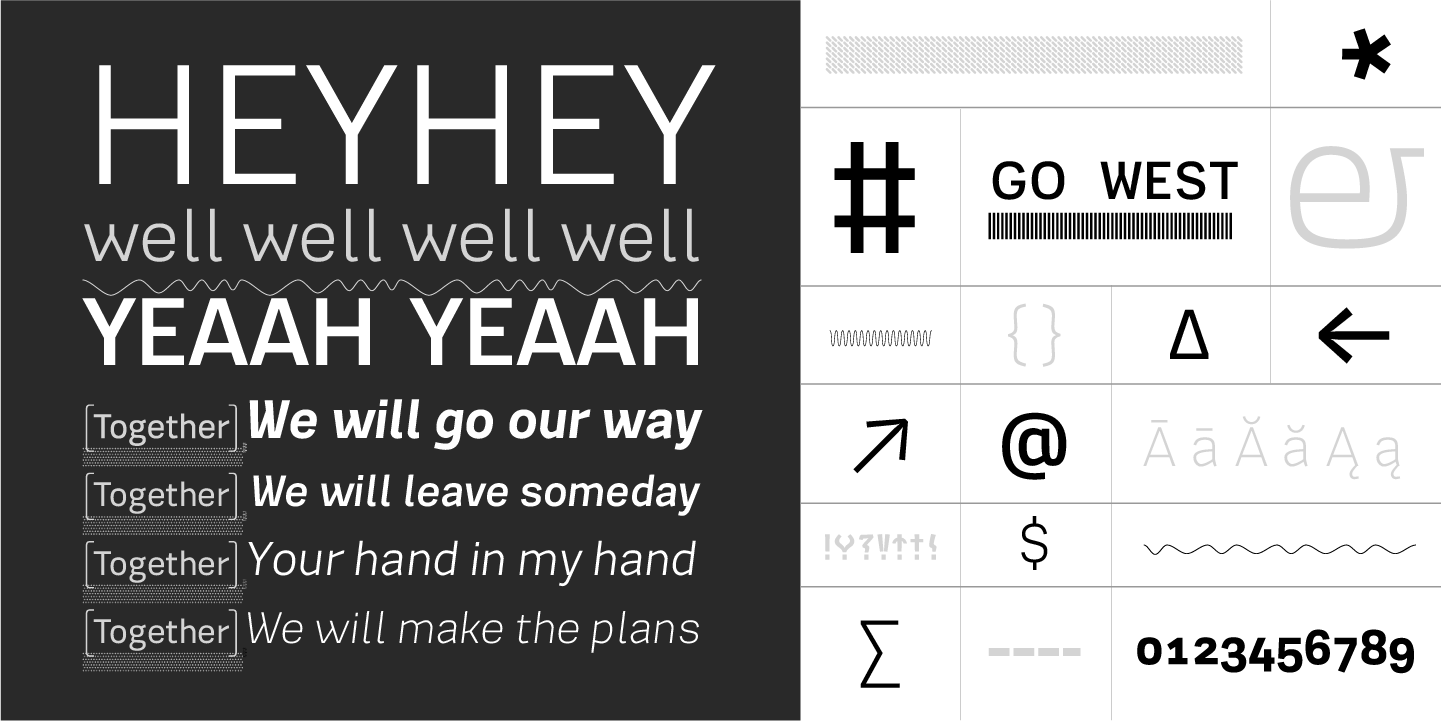 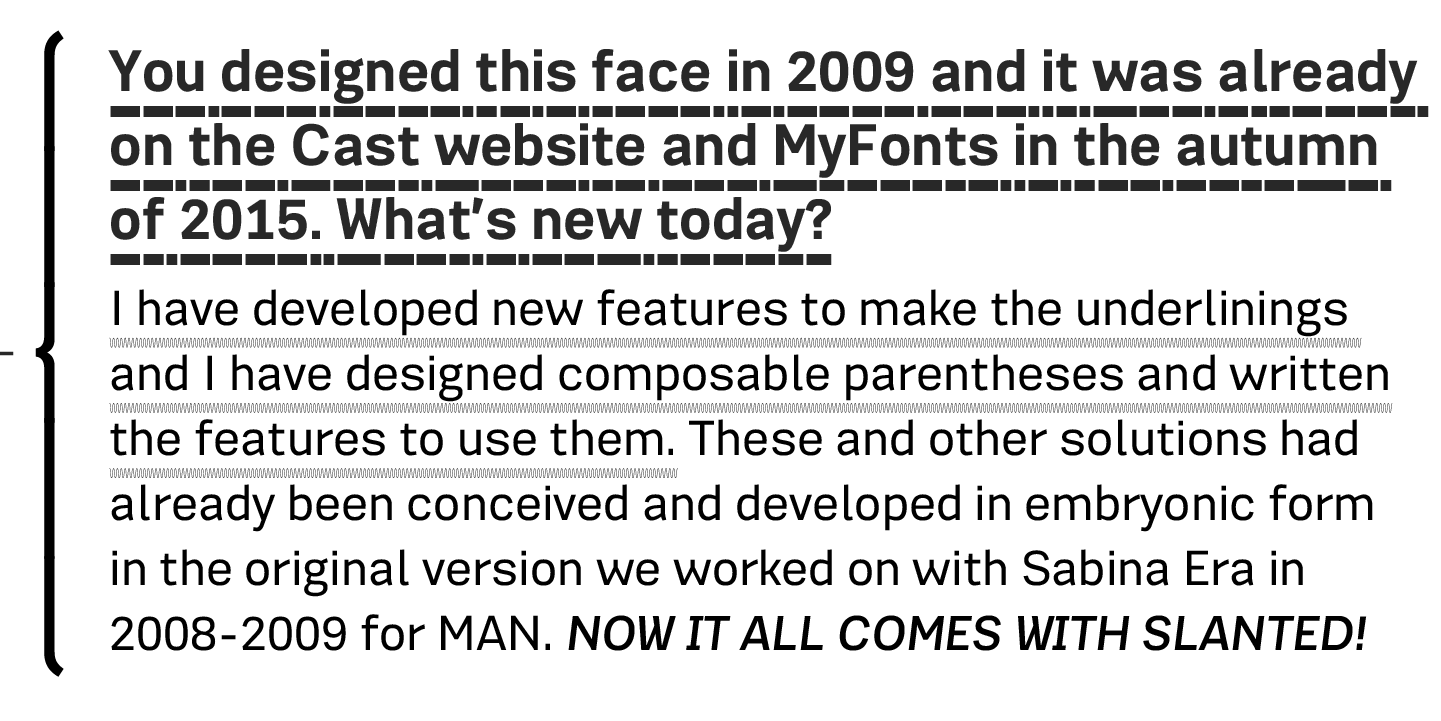 Macho Moustache is closely related to Macho Modular, the parent type with which it shares modular widths and most letterforms. The difference is that Macho Moustache follows the ‘Grotesque’ tradition of tight apertures for a, c, e and s as well as some of the numerals. Original design work started together with Macho Modular in 2008. Now the range and communication potential of the Macho family has been developed with five weights. Since the Macho family was designed bearing in mind the idea of Themerson’s semantic typography, Macho Moustache features all sets of modular brackets and underlinings.