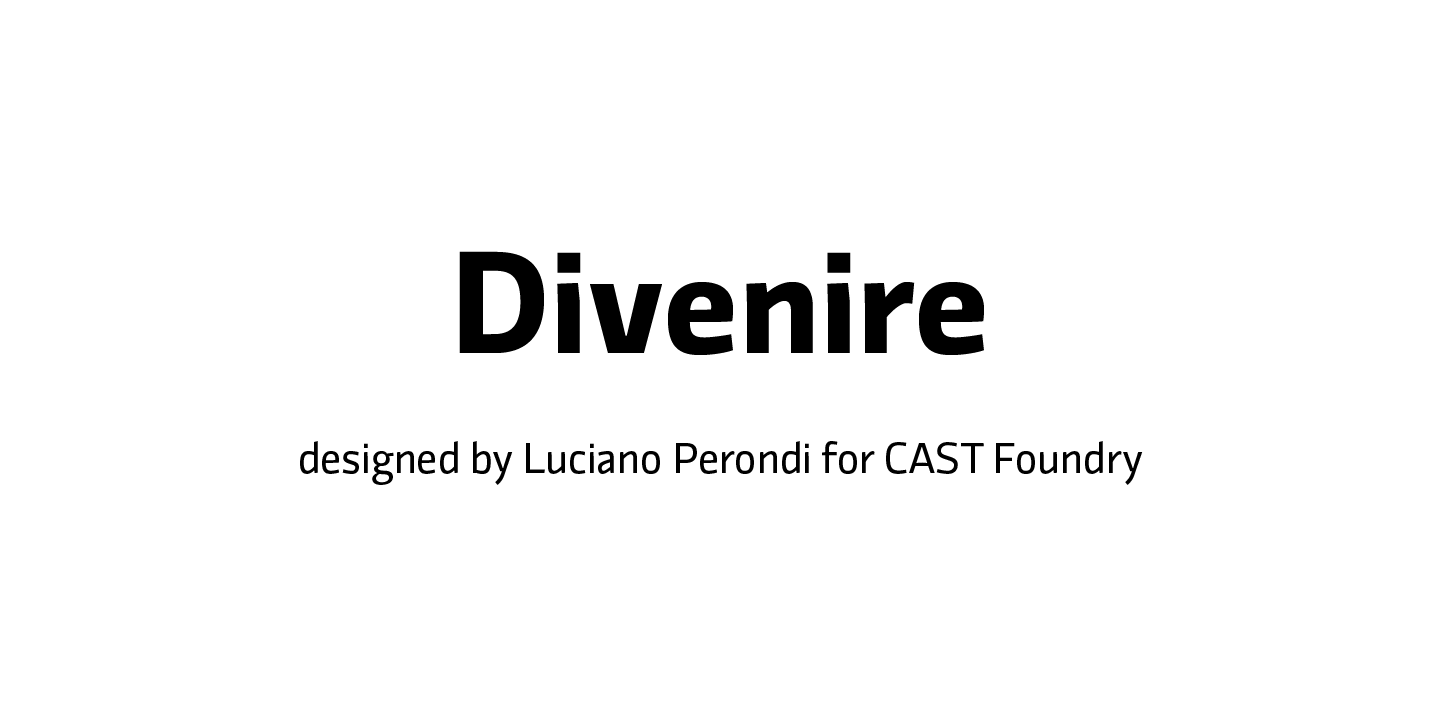 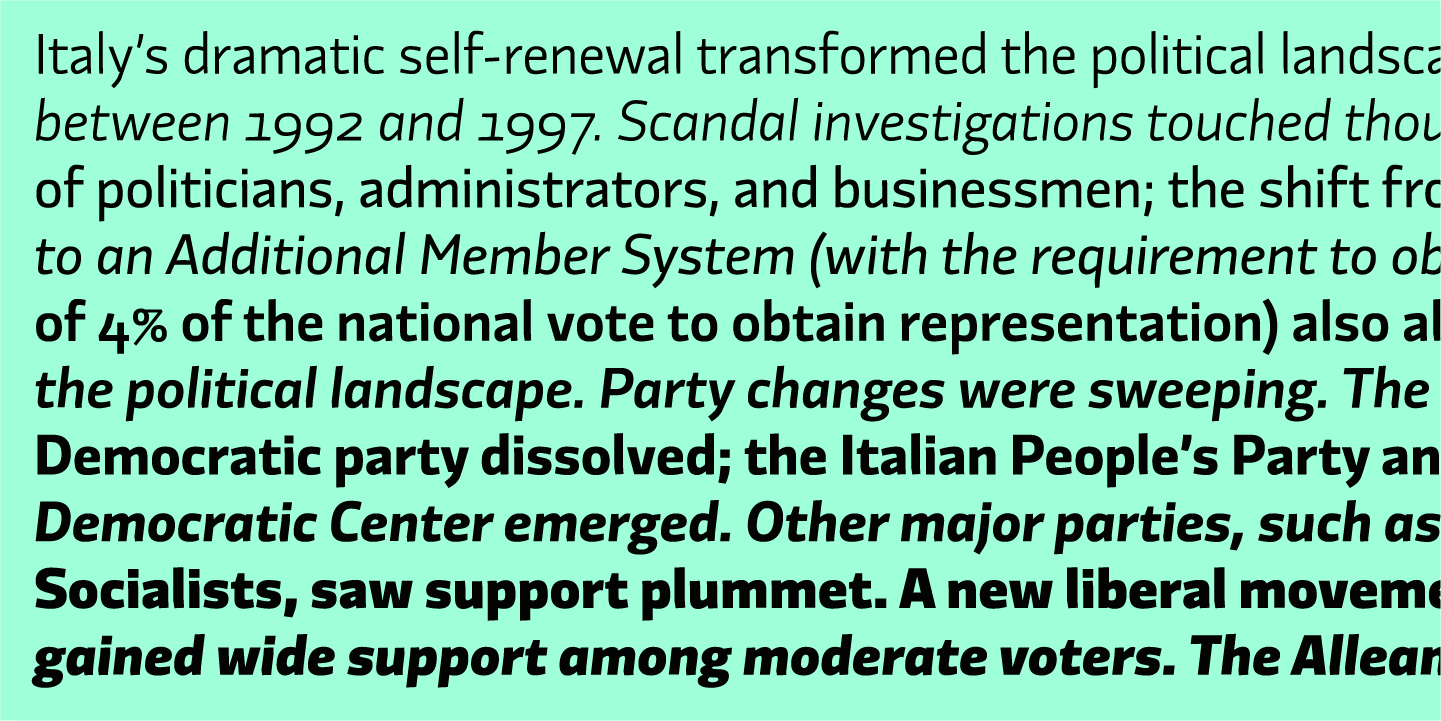 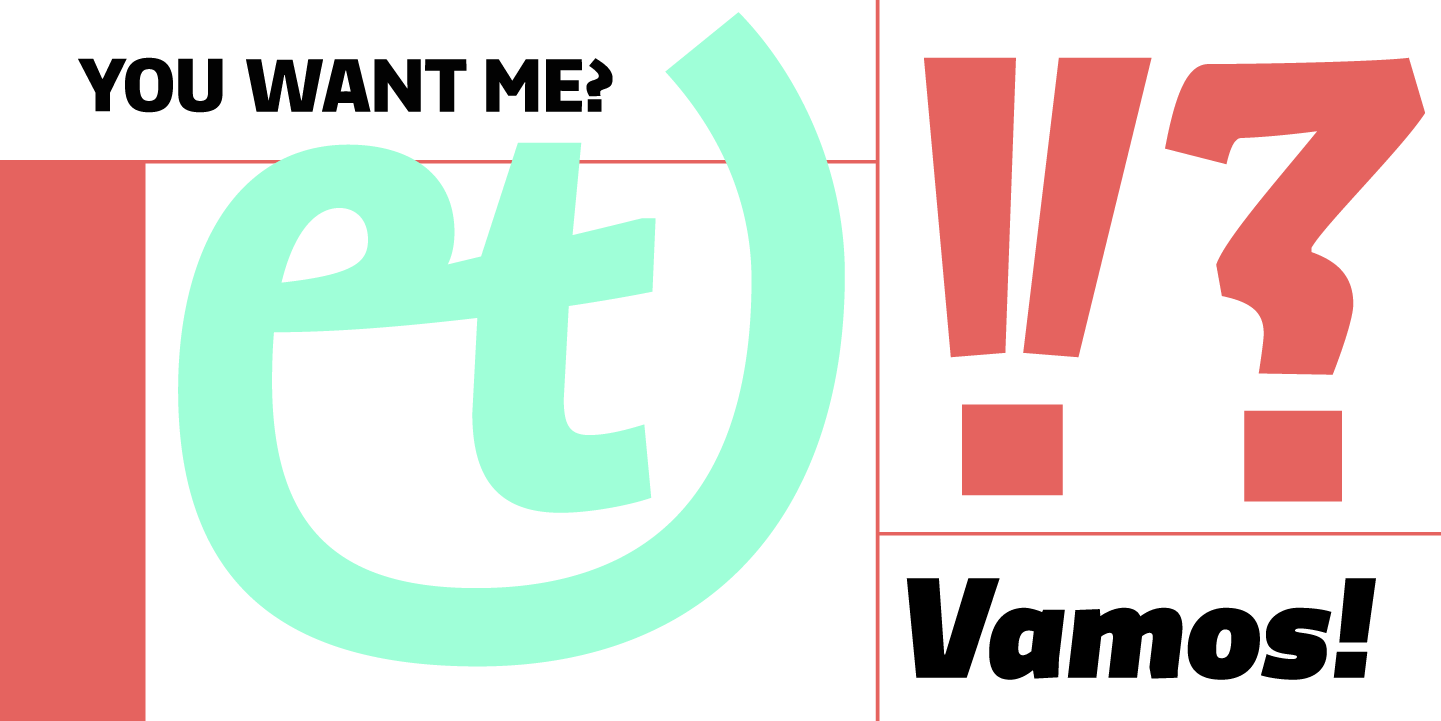 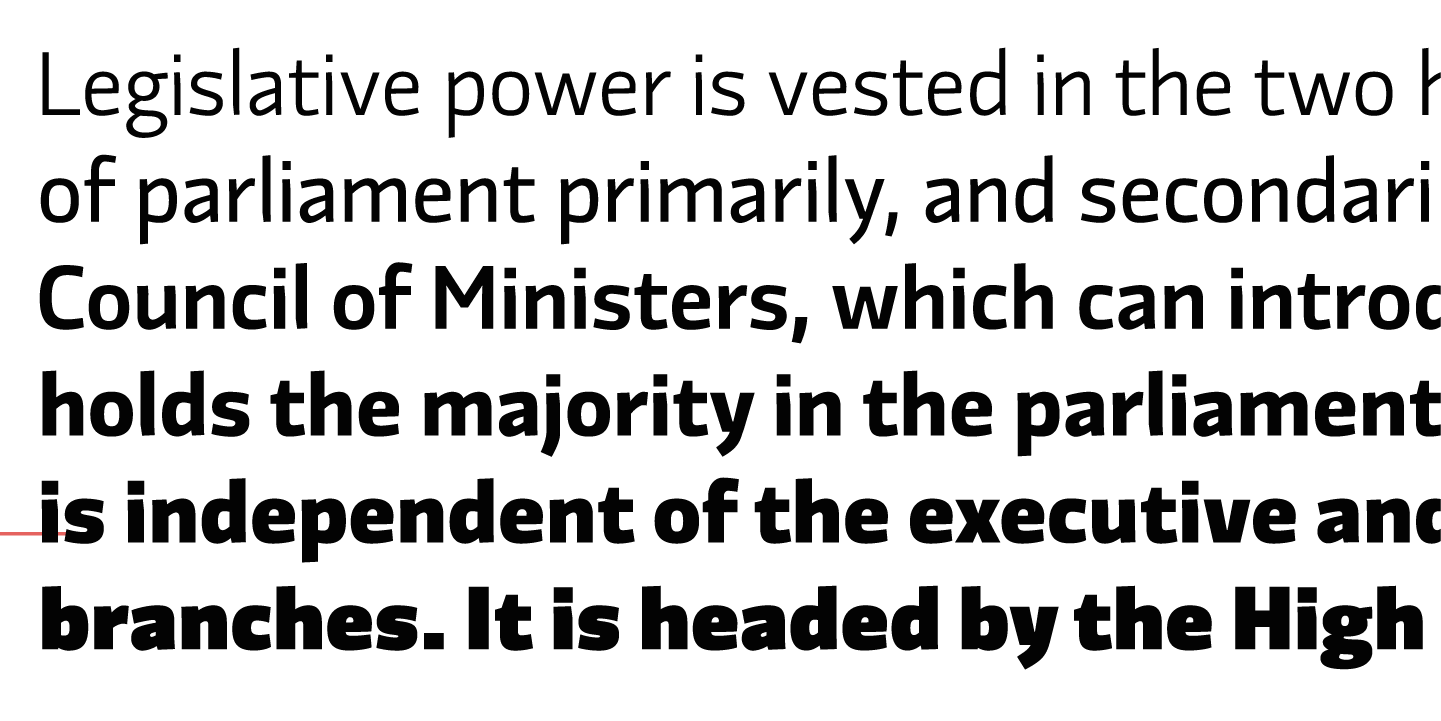 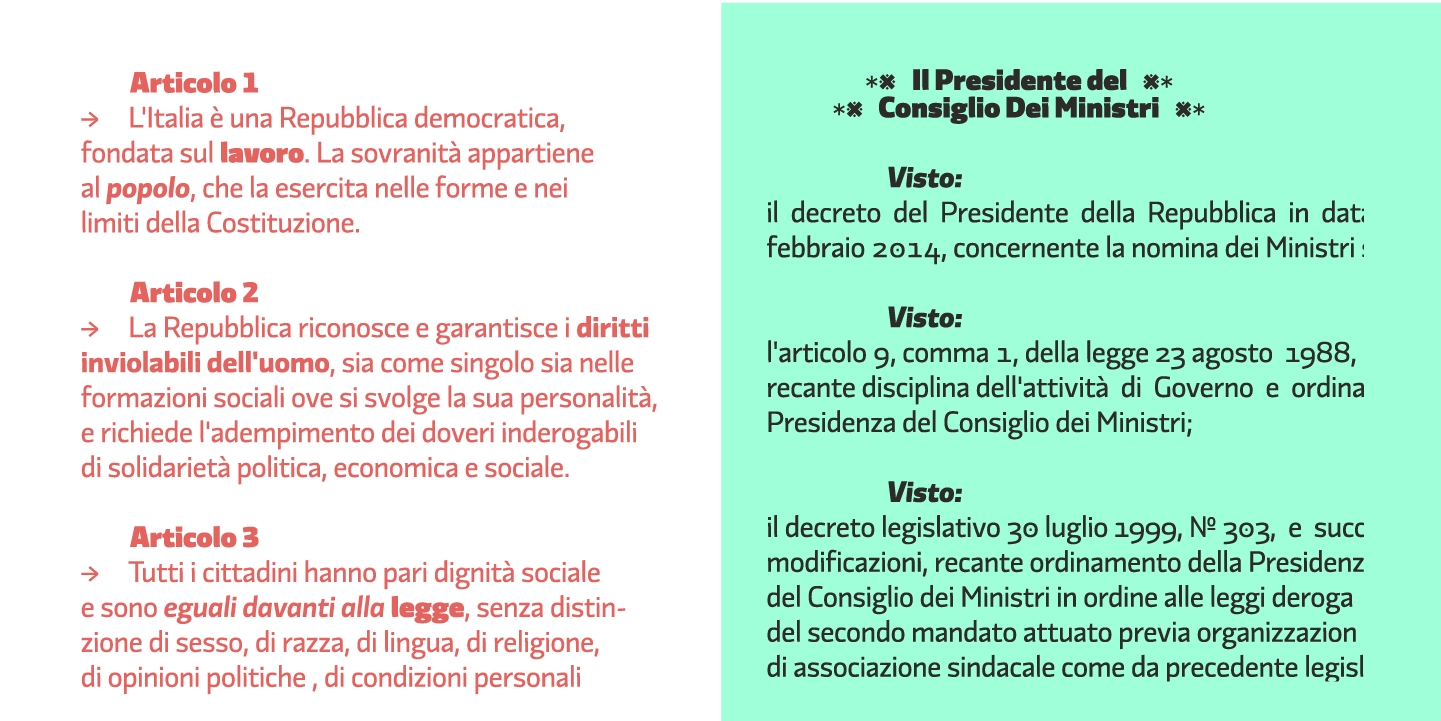 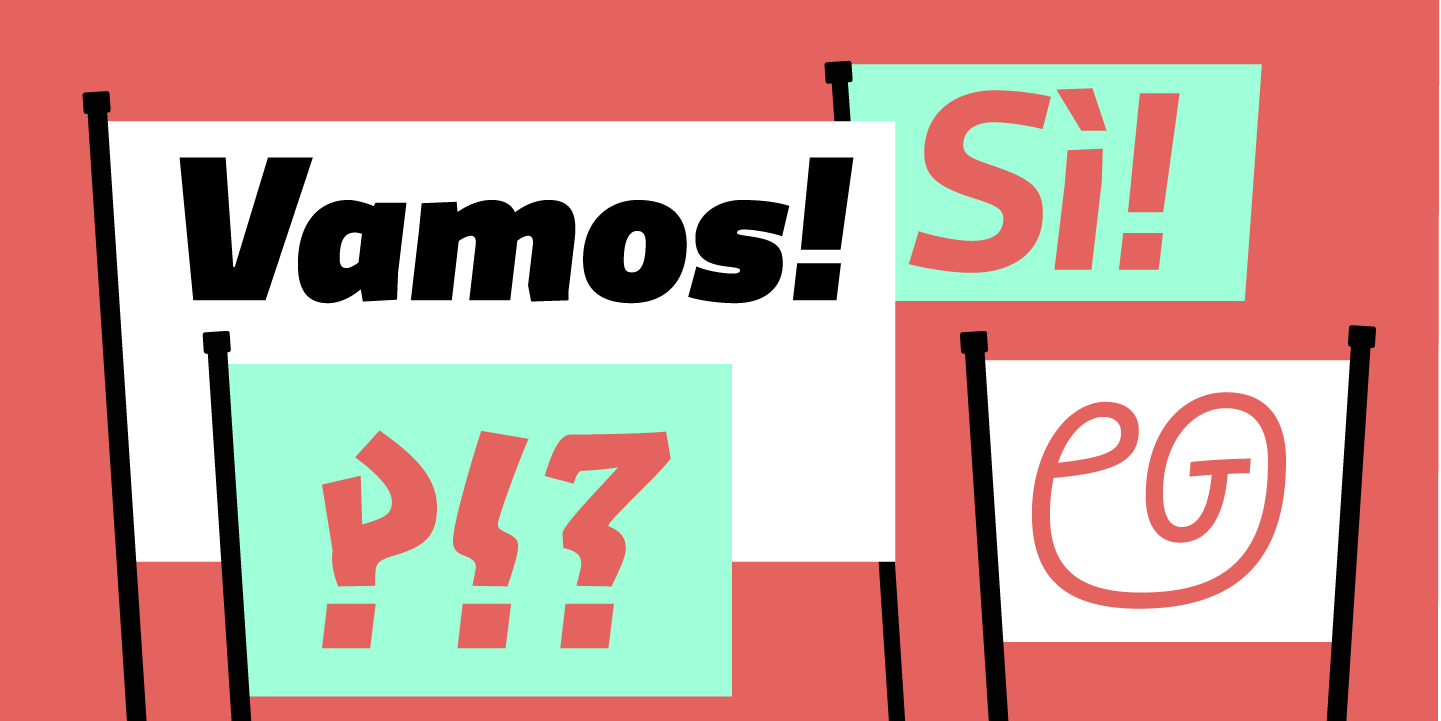 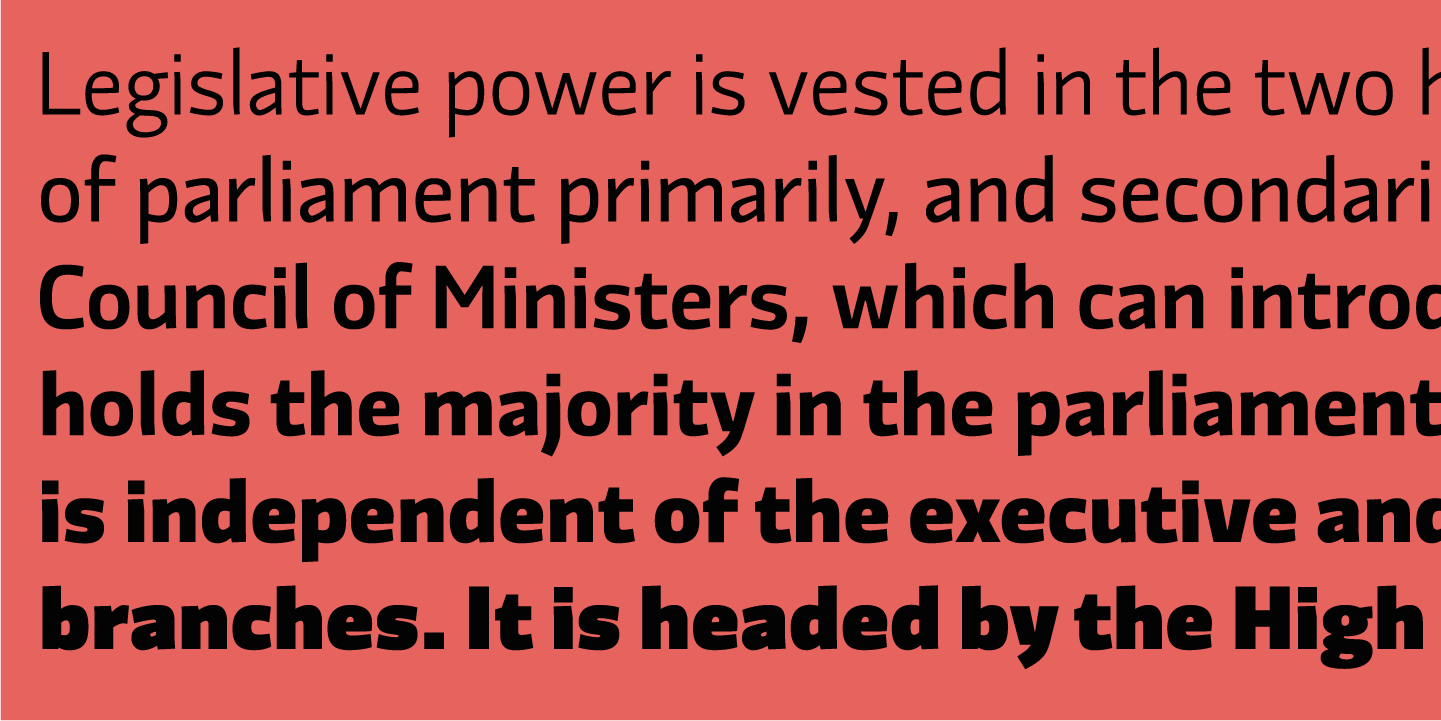 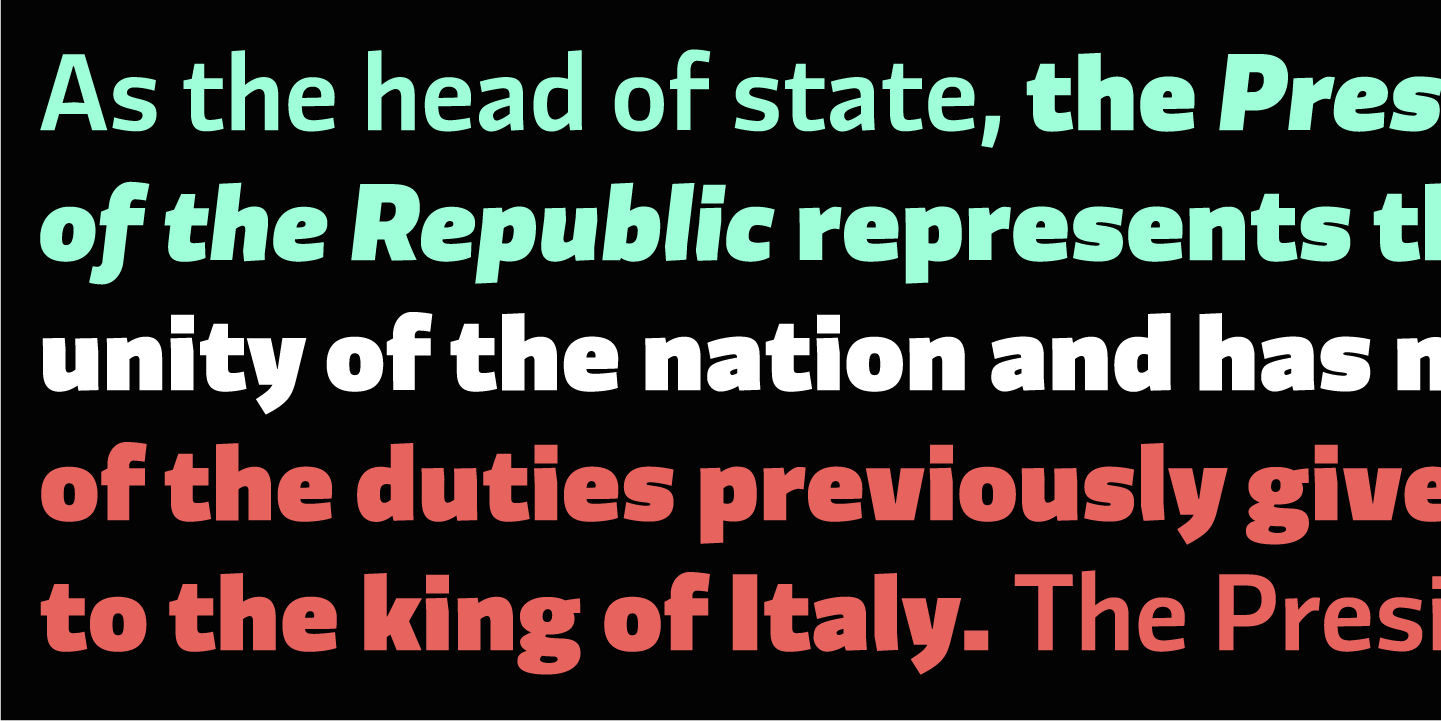 Divenire is a sans with an organic quality and a highly individual personality. Like Dic Sans and Macho, its letterforms are squarish, with horizontal terminations and angular junctures.
Divenire was designed as a display font for the Partito Democratico Italiano (art direction FF3300) and it also performs well for setting texts. With over twenty different ampersands in the glyph list Divenire is also CAST’s first font with a complete set of expressive punctuation marks. These were inspired by Hervé Bazin and were specially designed for Pierluigi Bersani’s 2012 primary elections campaign. The organic letterforms are irregular and discontinuous, with variations of stem widths, alternating curved and straight strokes and plenty of intermediate variations. In this way Divenire demonstrates that a lack of uniformity can produce consistent results.