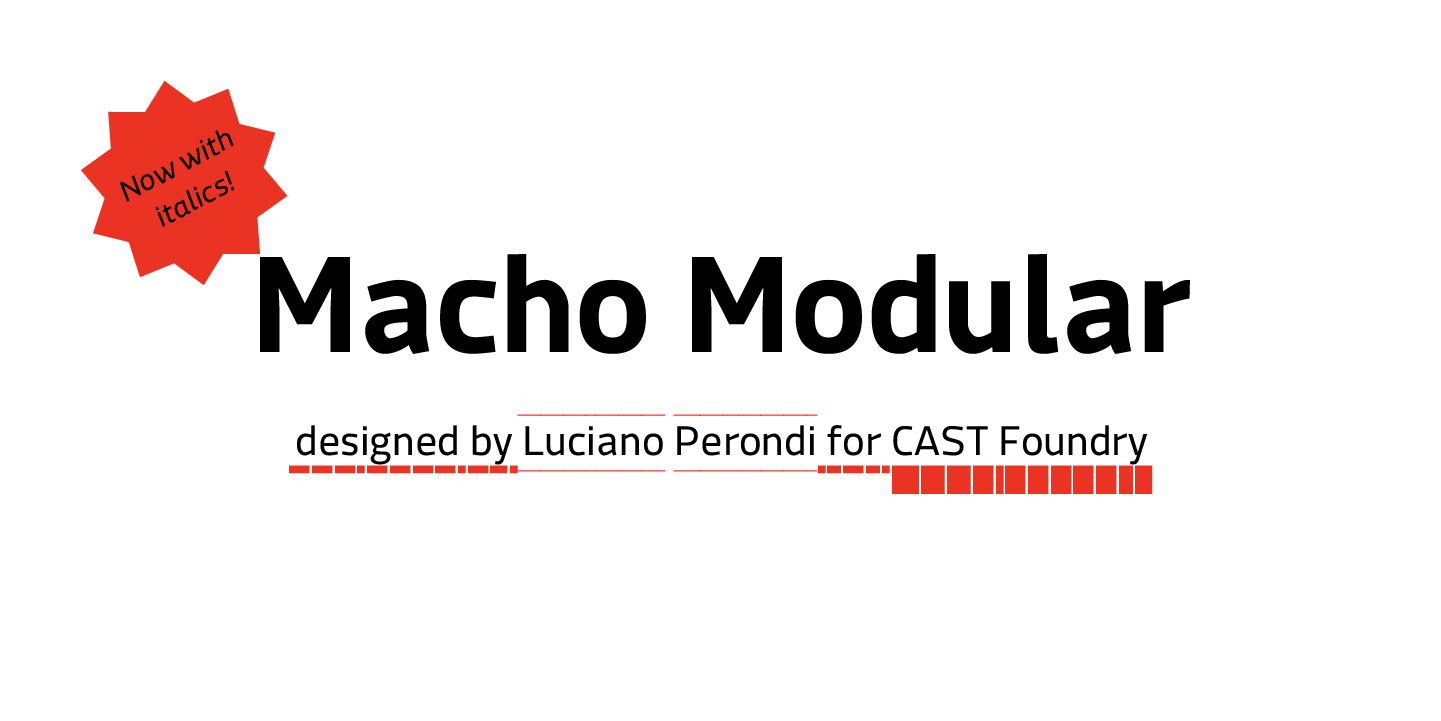 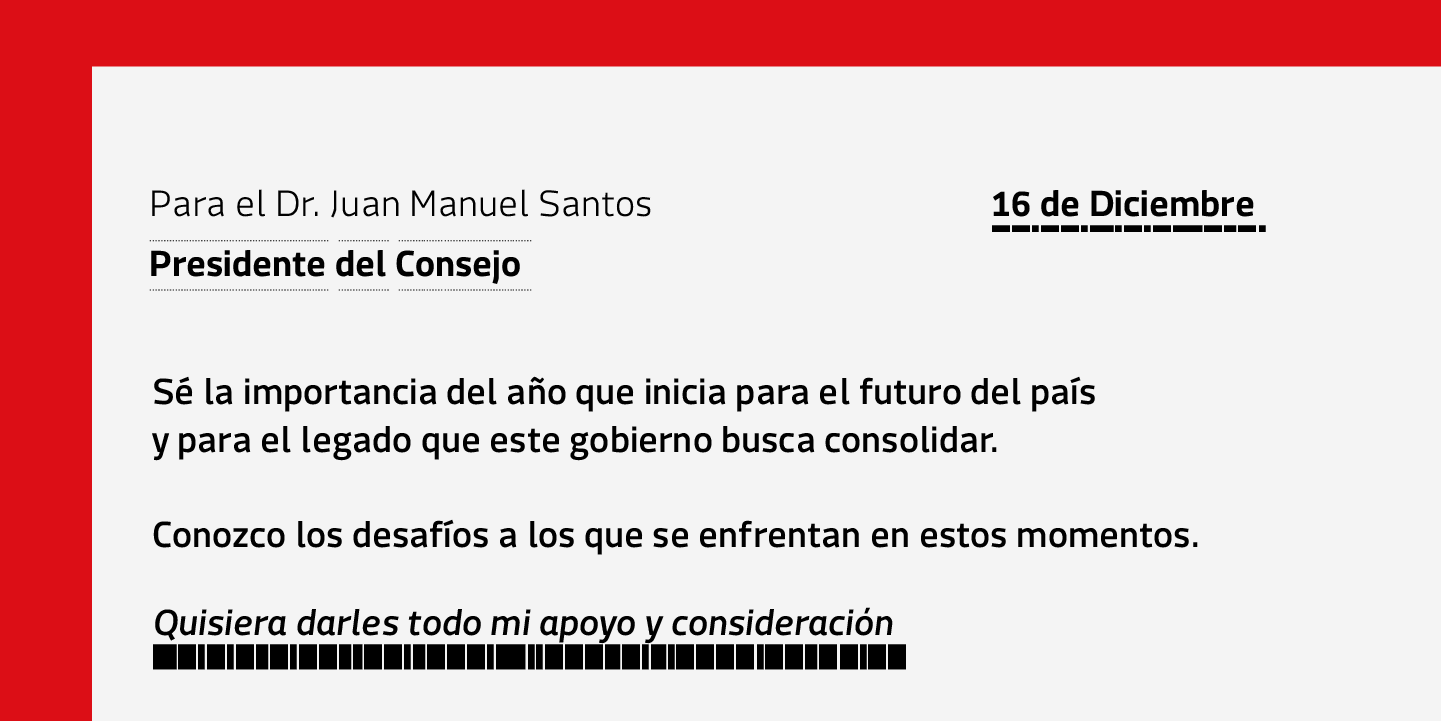 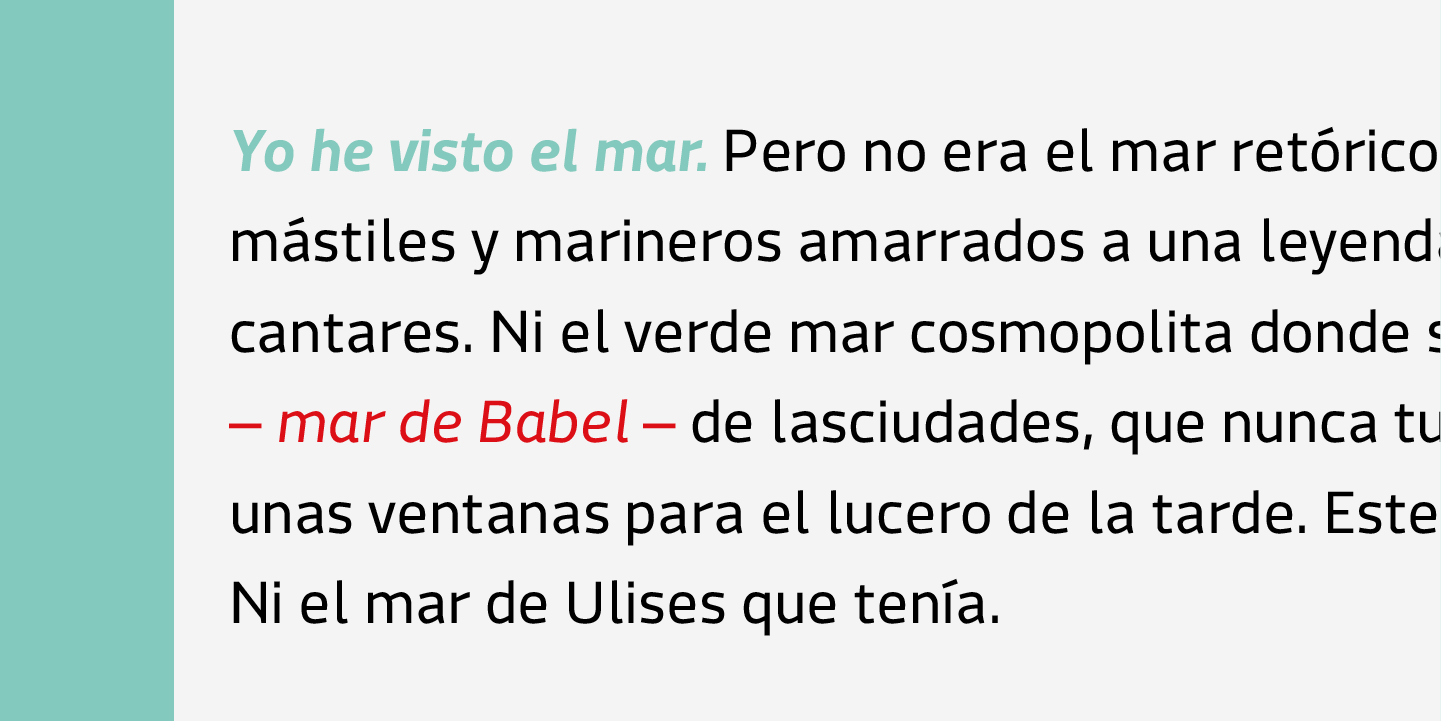 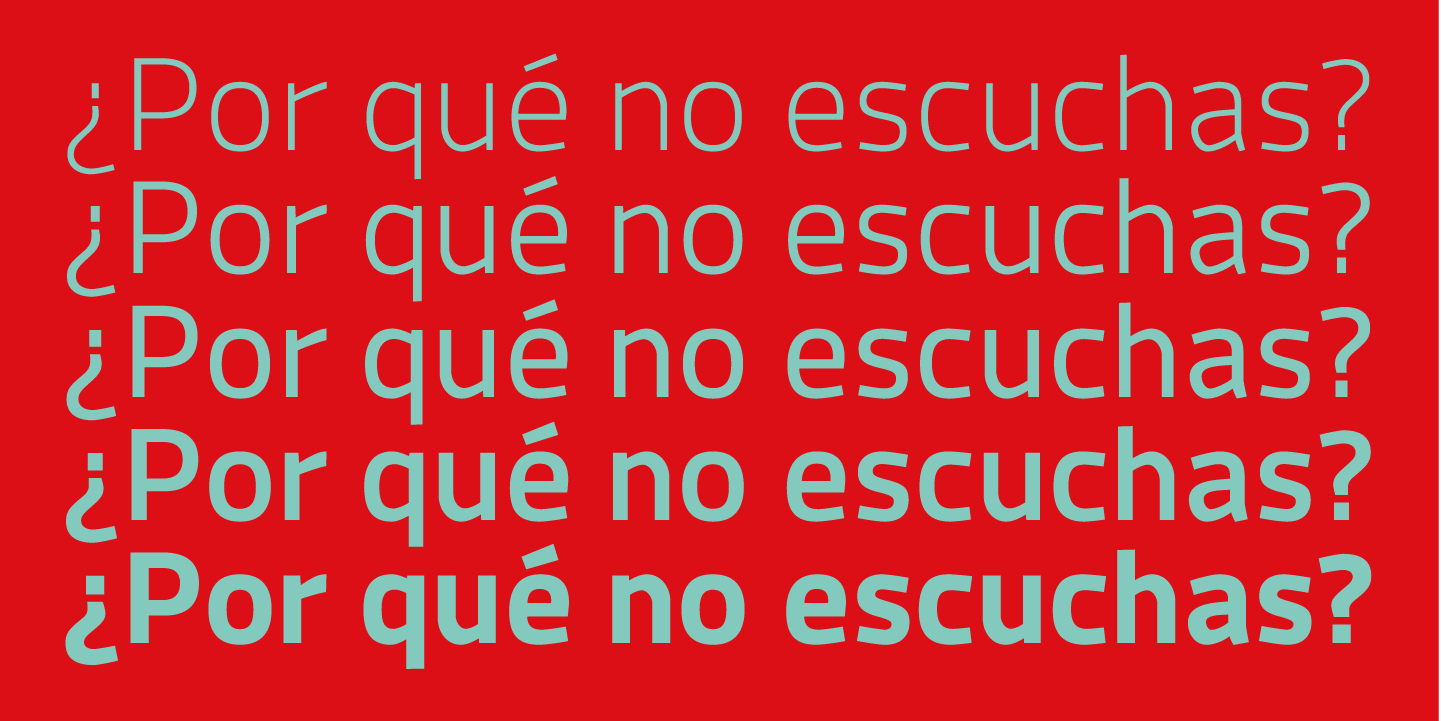 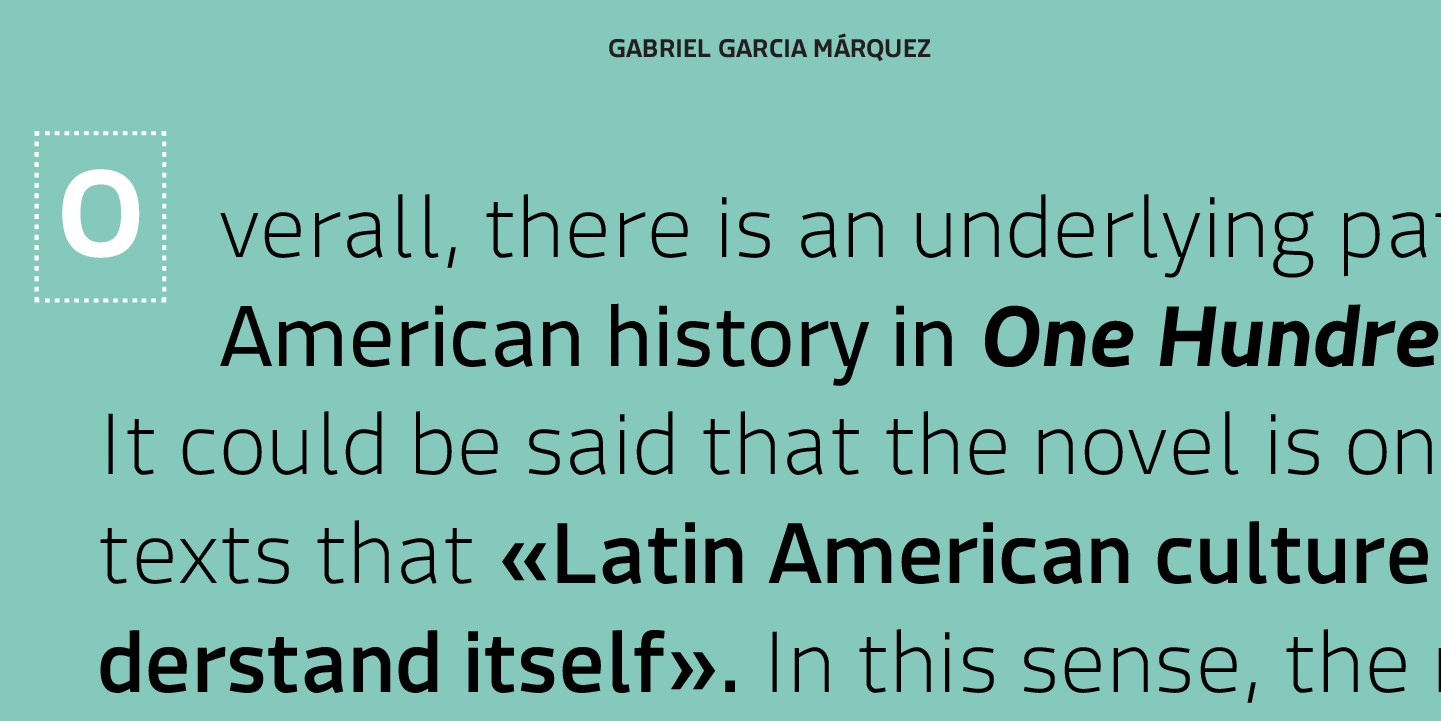 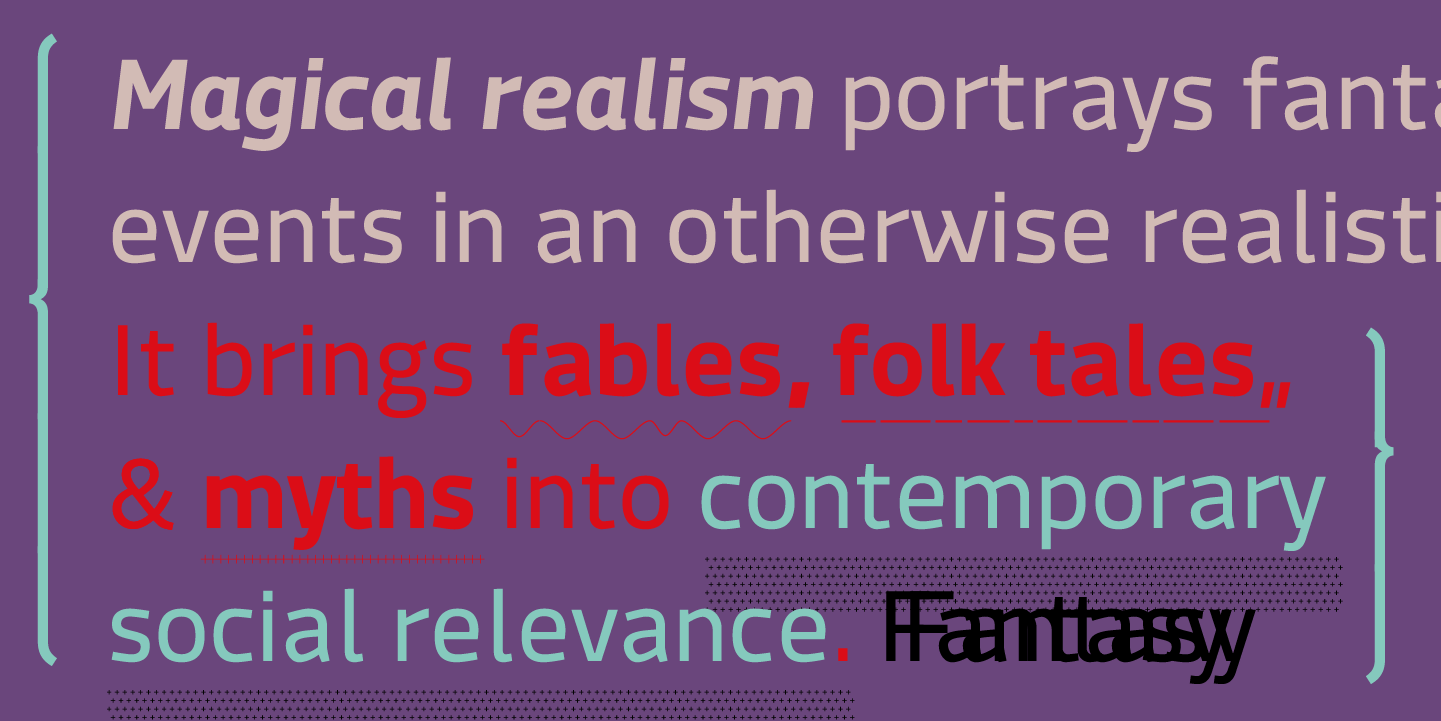 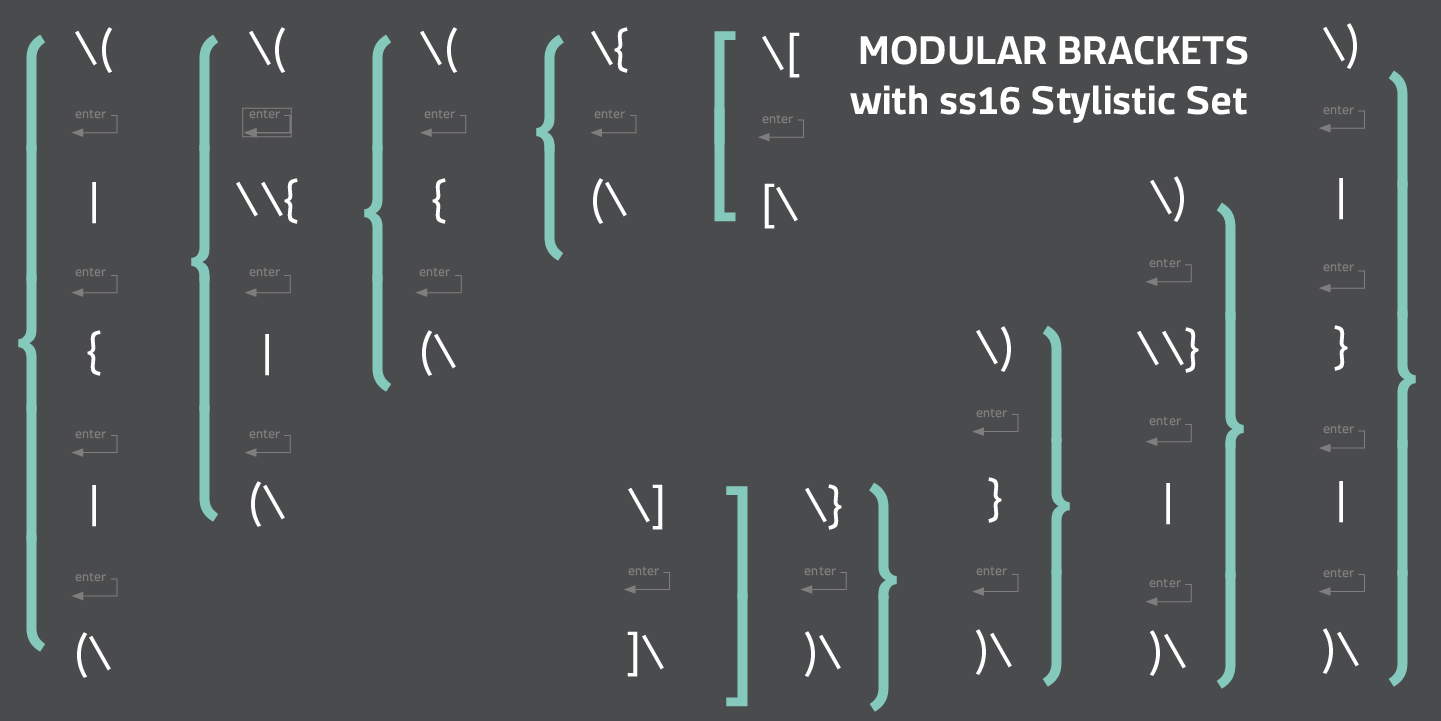 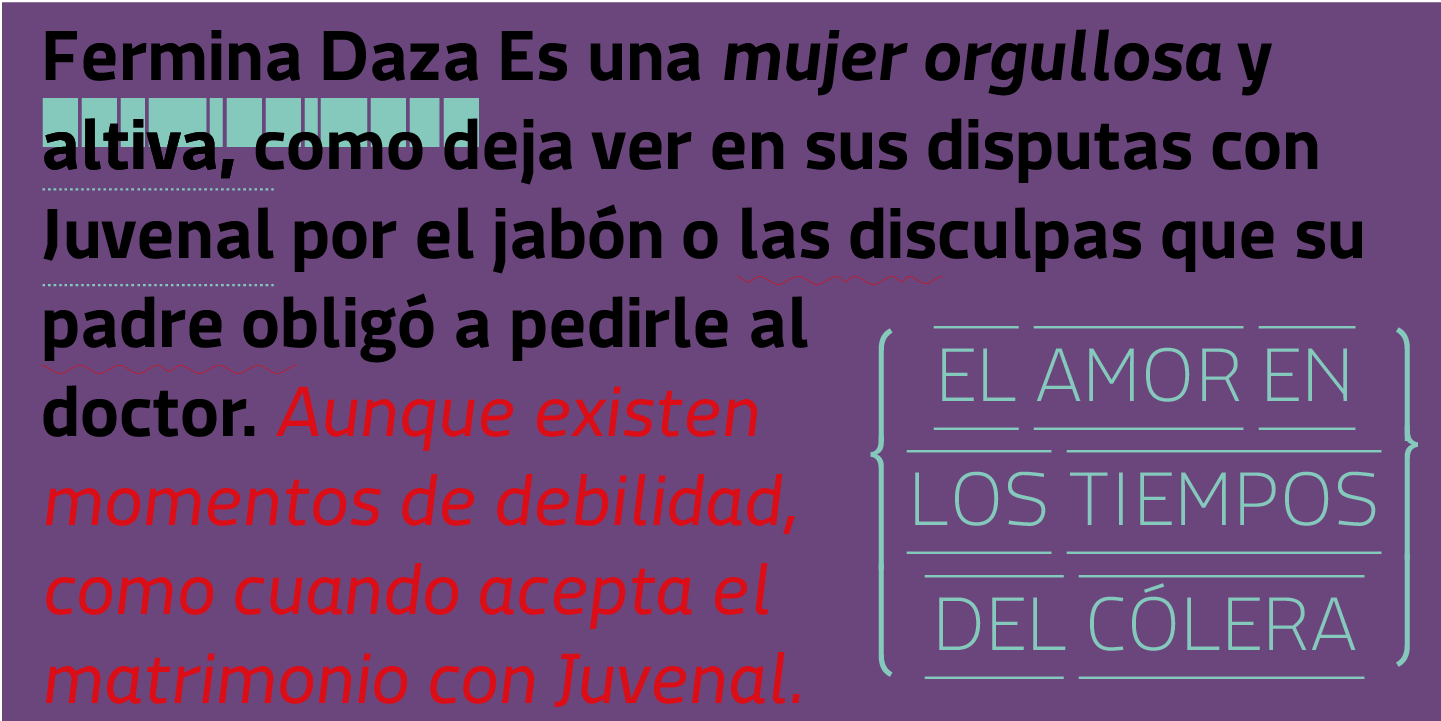 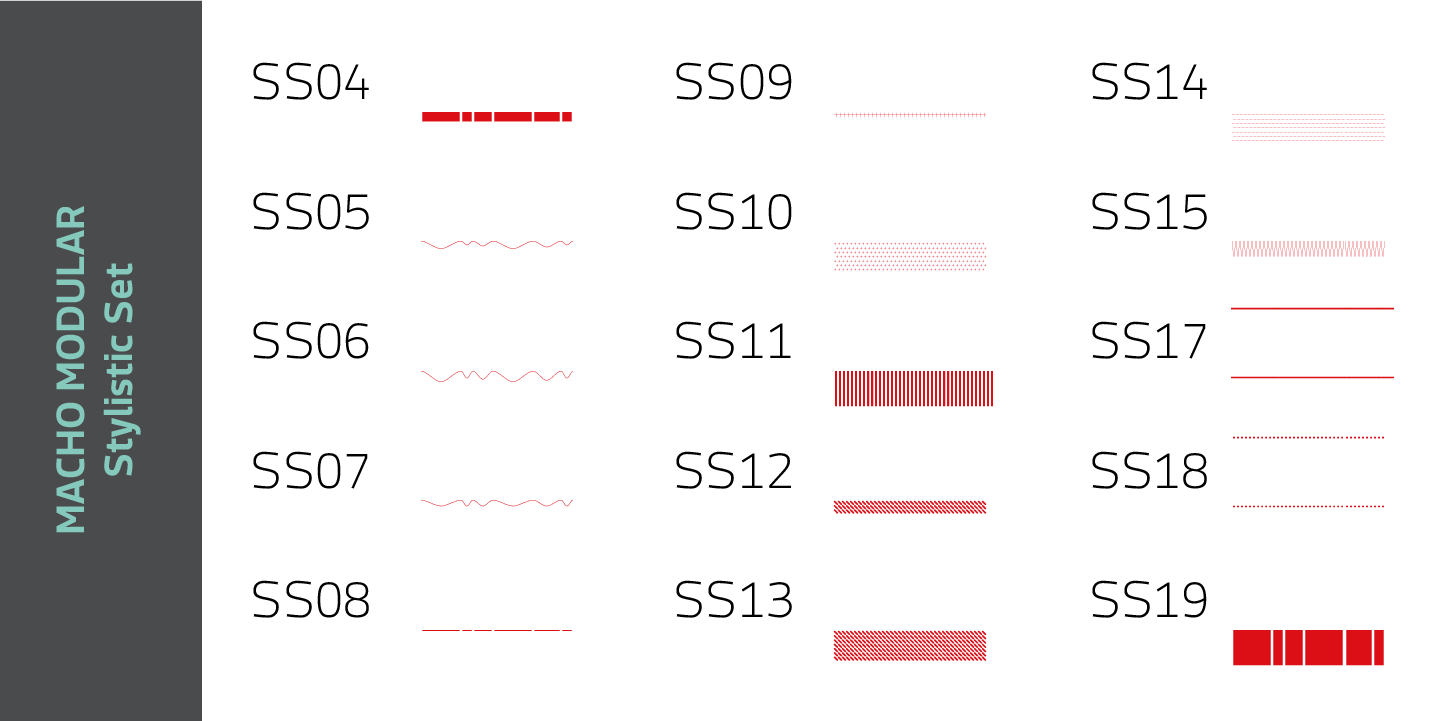 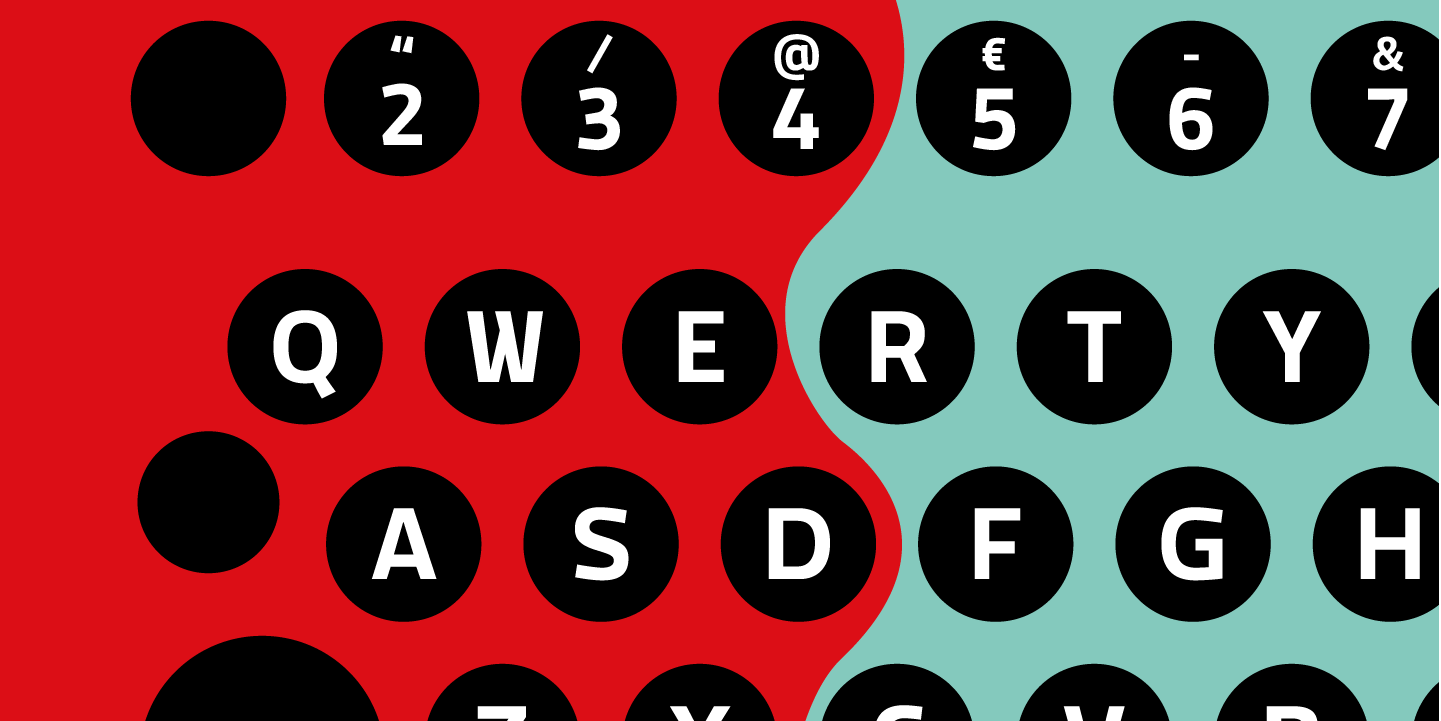 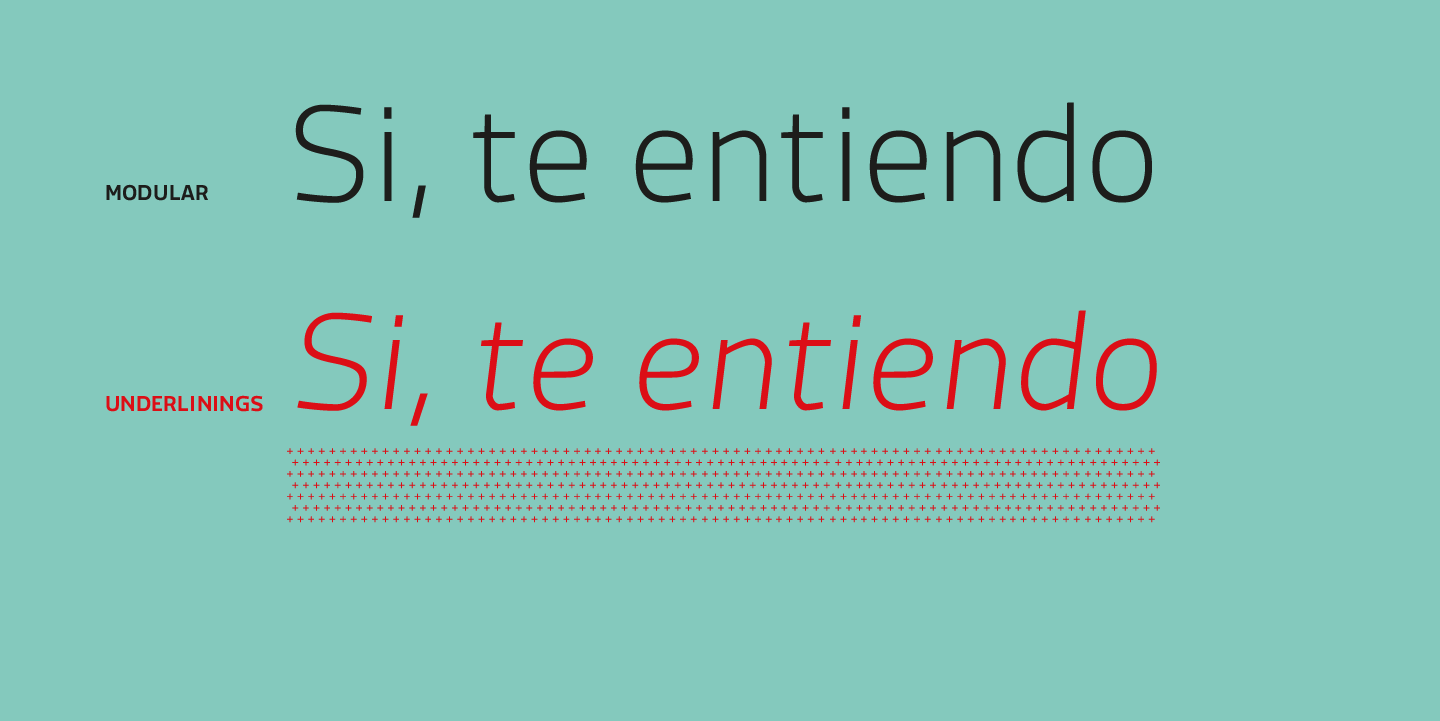 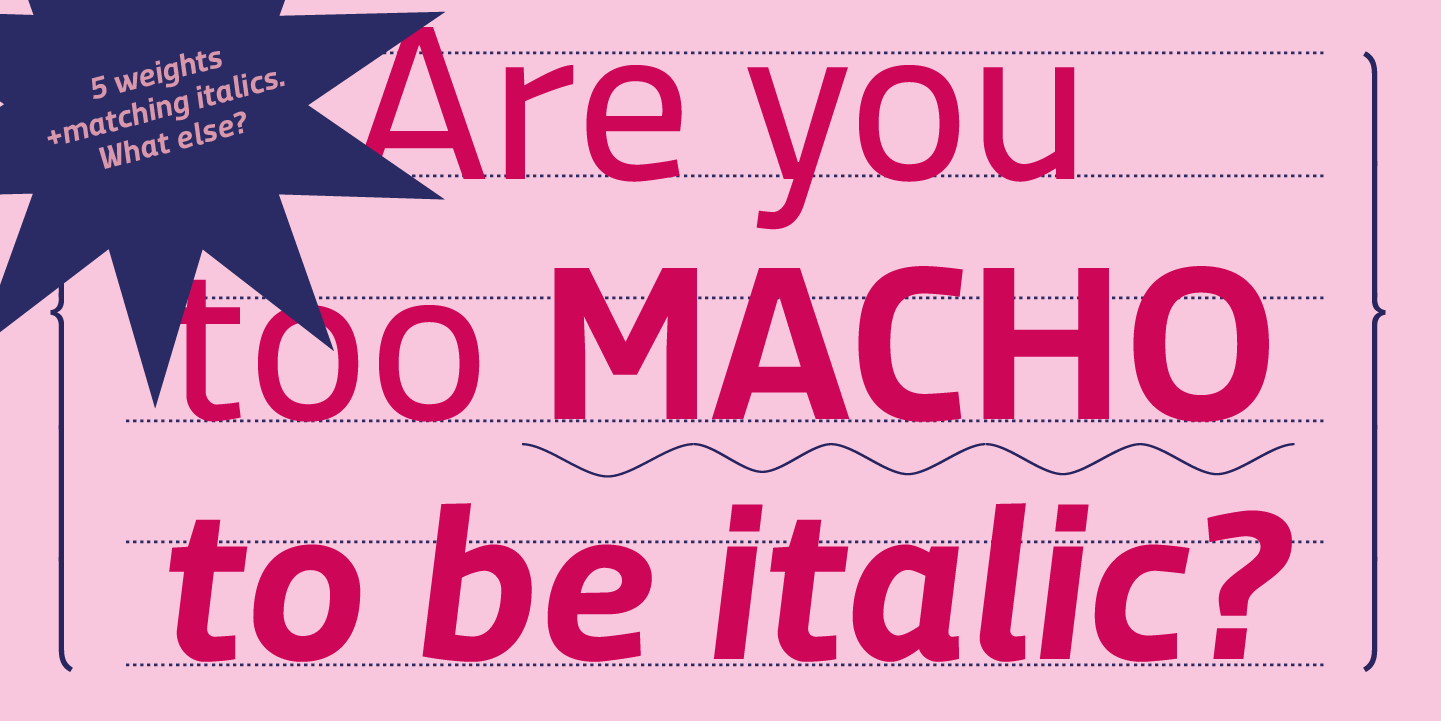 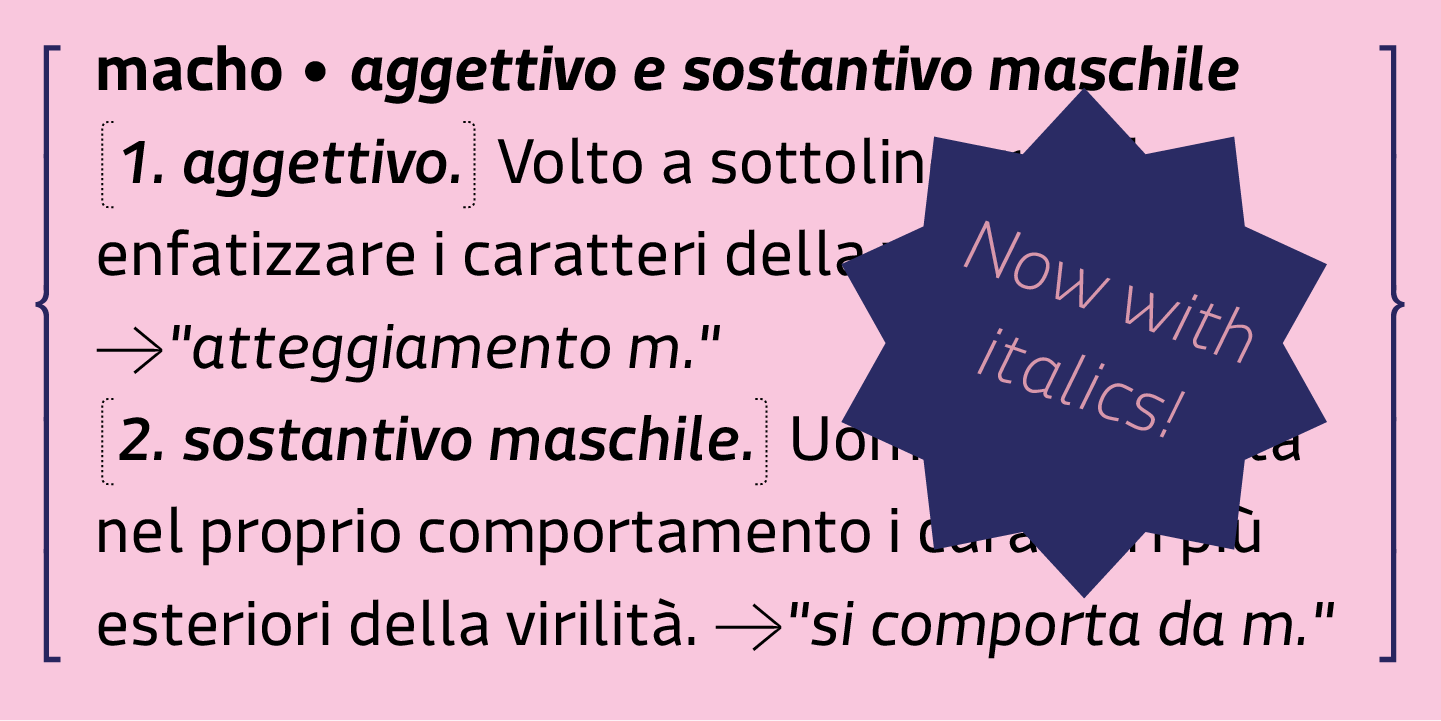 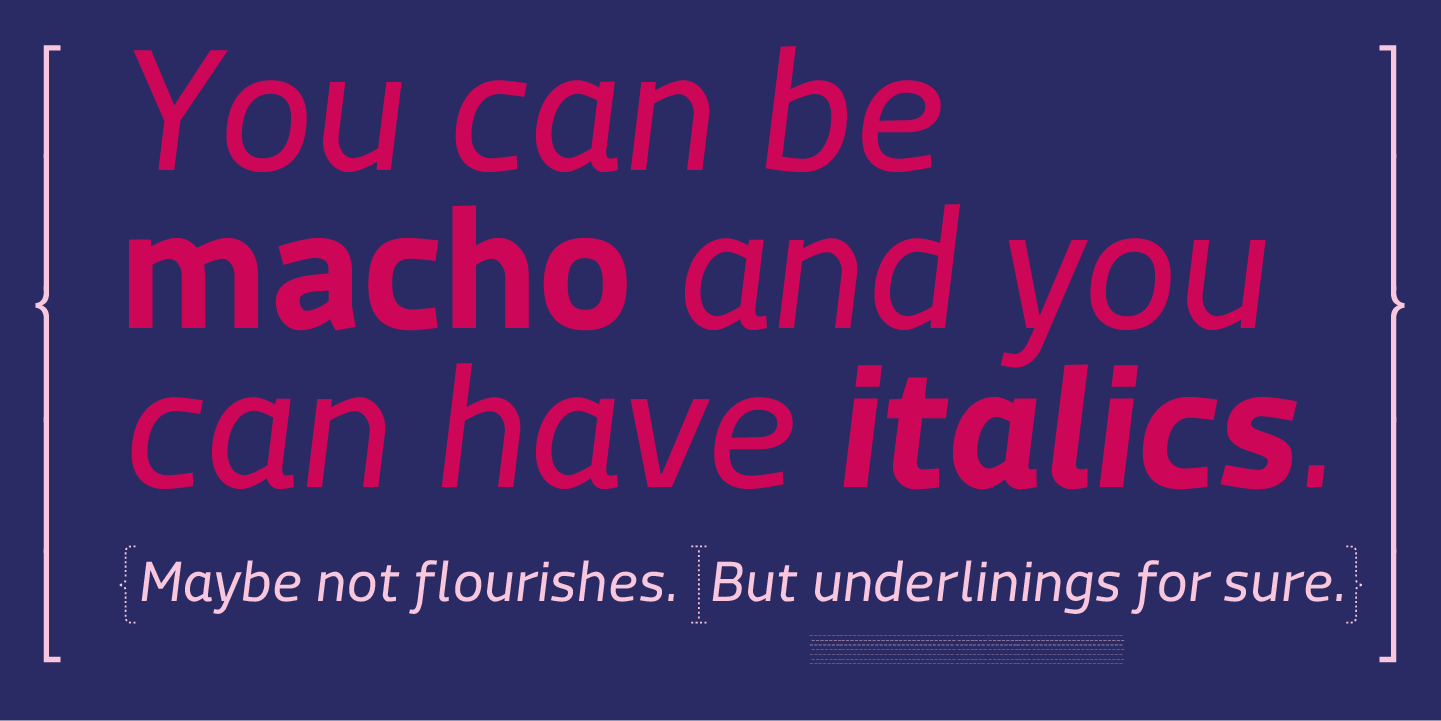 Macho Modular is a sans with modular widths. It was designed in 2010 for the MAN (Museo d’Arte Provincia di Nuoro) as a part of the corporate identity designed by Sabina Era. Macho Modular was used for the logo, for all textual communication and signage. The limited number of letter widths are related to each other mathematically and every letter has the same width in all weights. This allows for vertical alignment (like a monospaced font) without the need to distort glyphs. The modular width system was inspired by Olivetti Margherita system and Linotype machines.