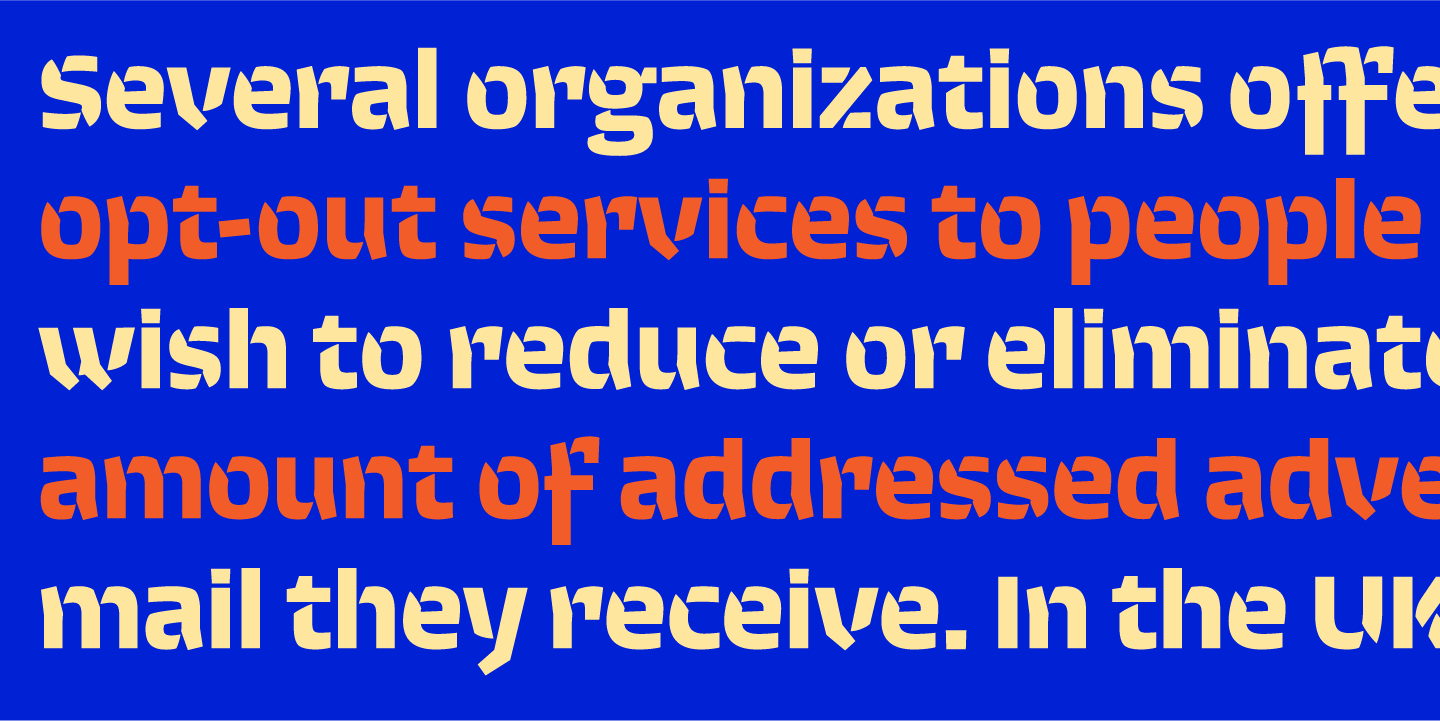 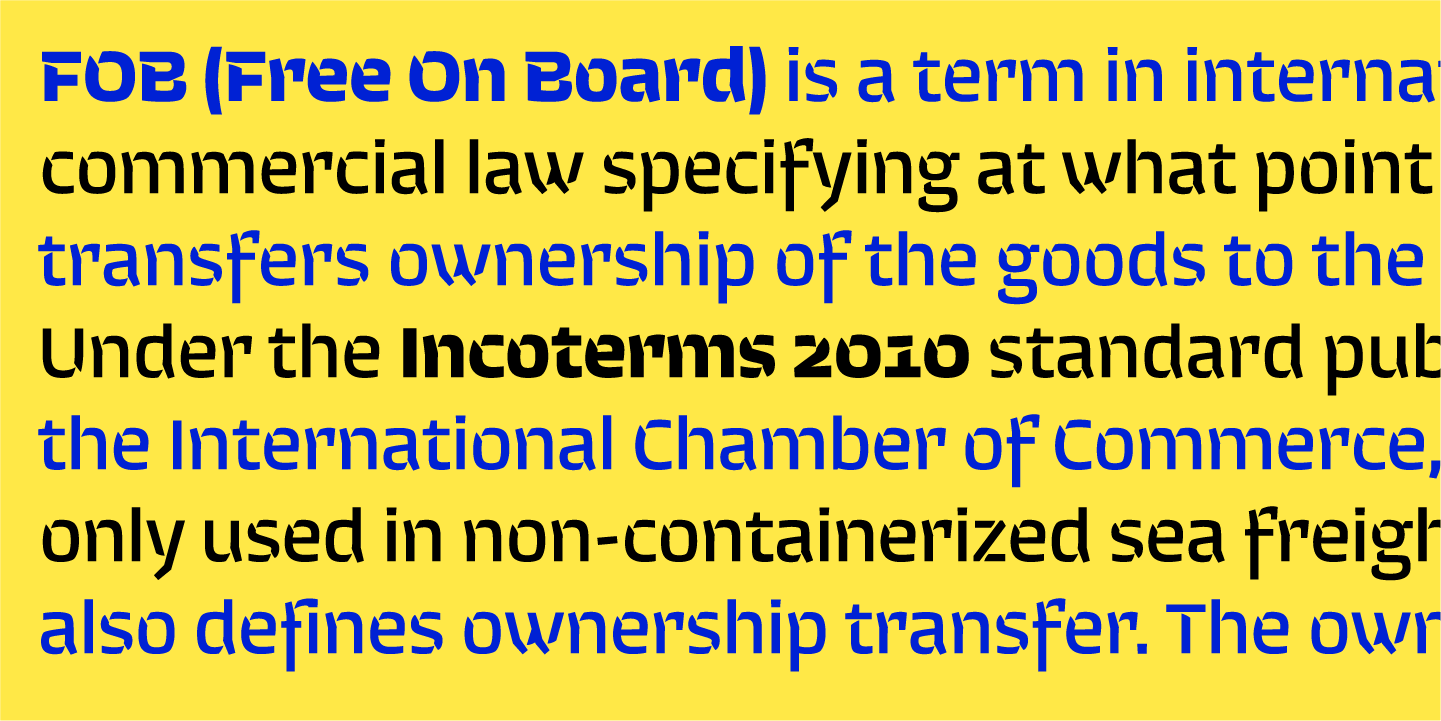 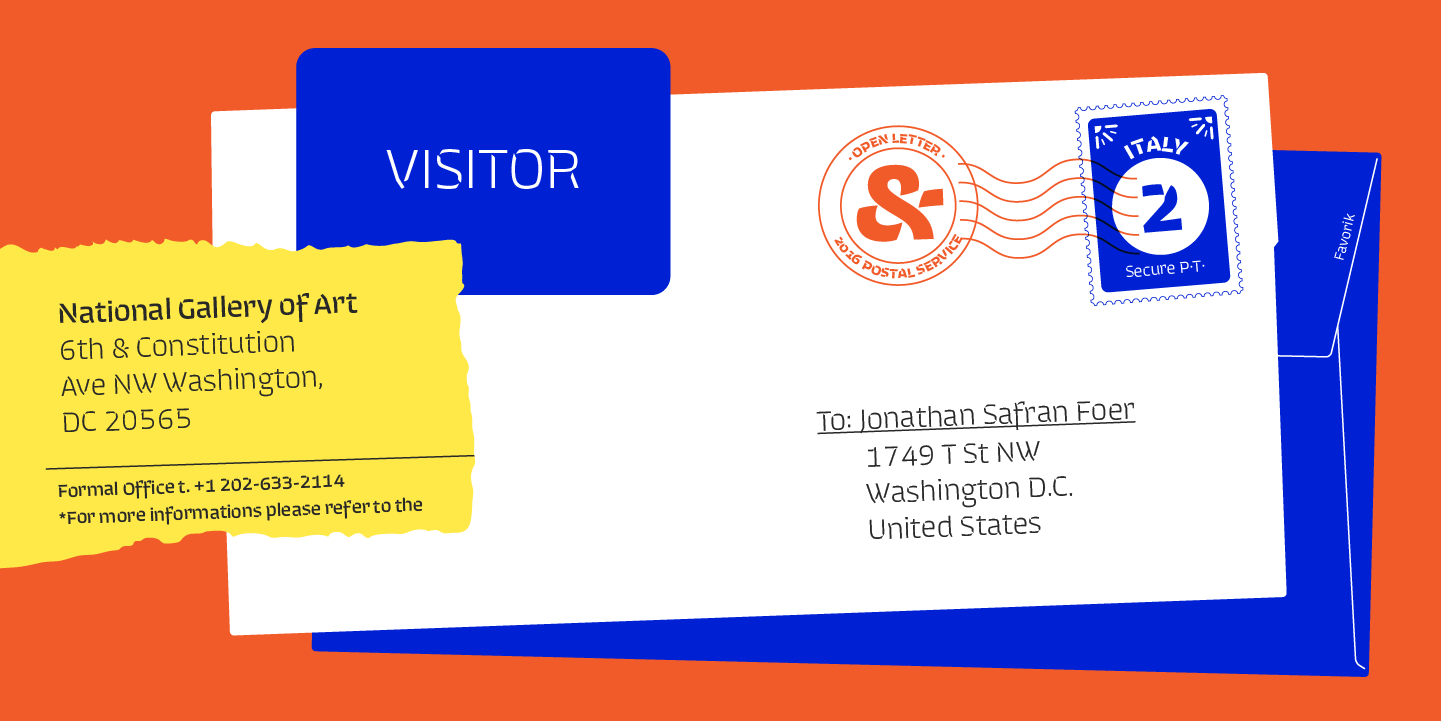 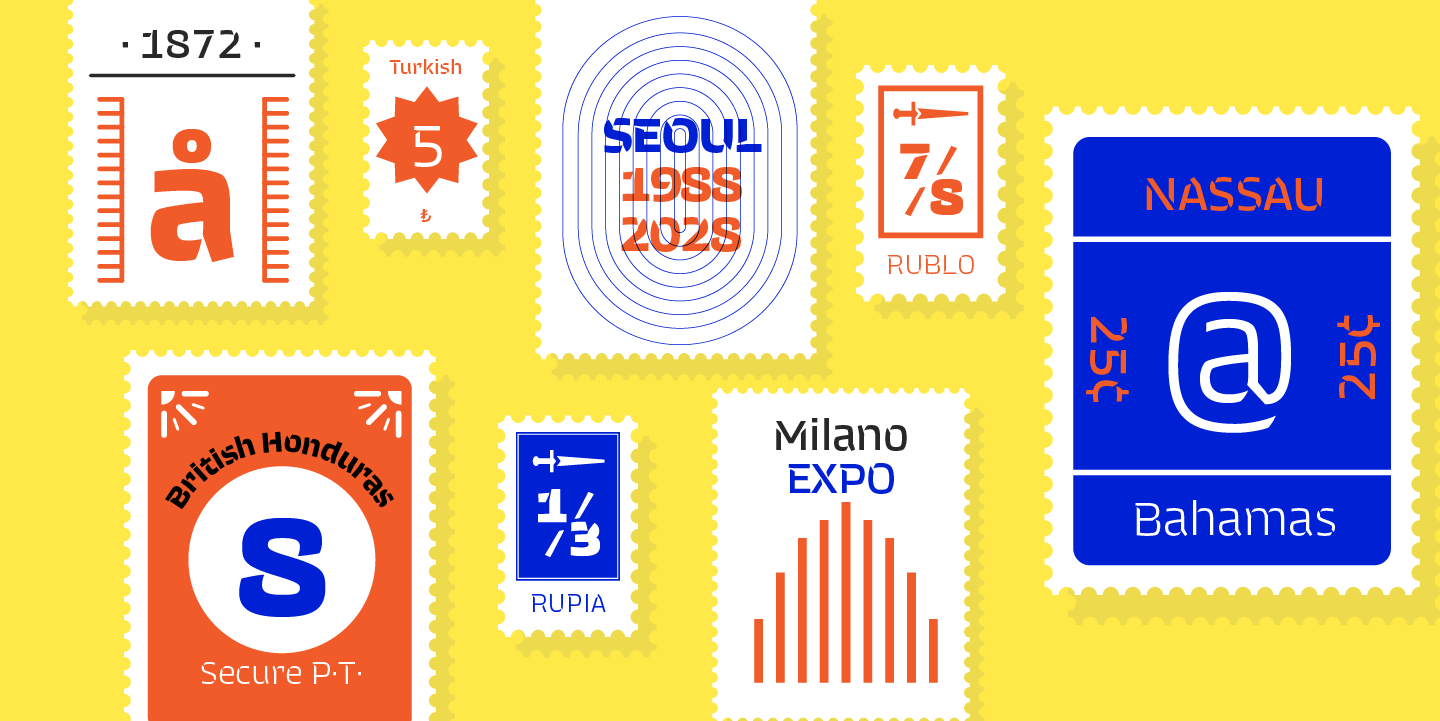 Saffran is a stencil sans with squarish letterforms. It started as a project in the 2007 Type Design course at the Milan Polytechnic with the intention of improving legibility at small sizes of print. It is a very useful type for branding, packaging, pharmaceutical information leaflets and postage stamps as well as for notes and captions in books and magazines. Inspired by Novarese’s Eurostile, its basic square structure allows to maximize the inner space of the letters. Stencil cuts were introduced in order to lighten junctures but they are also a design feature which makes Saffran an interesting display face.

Buy! Rent on Fontstand Buy on MyFonts
Specimen Fonts in Use