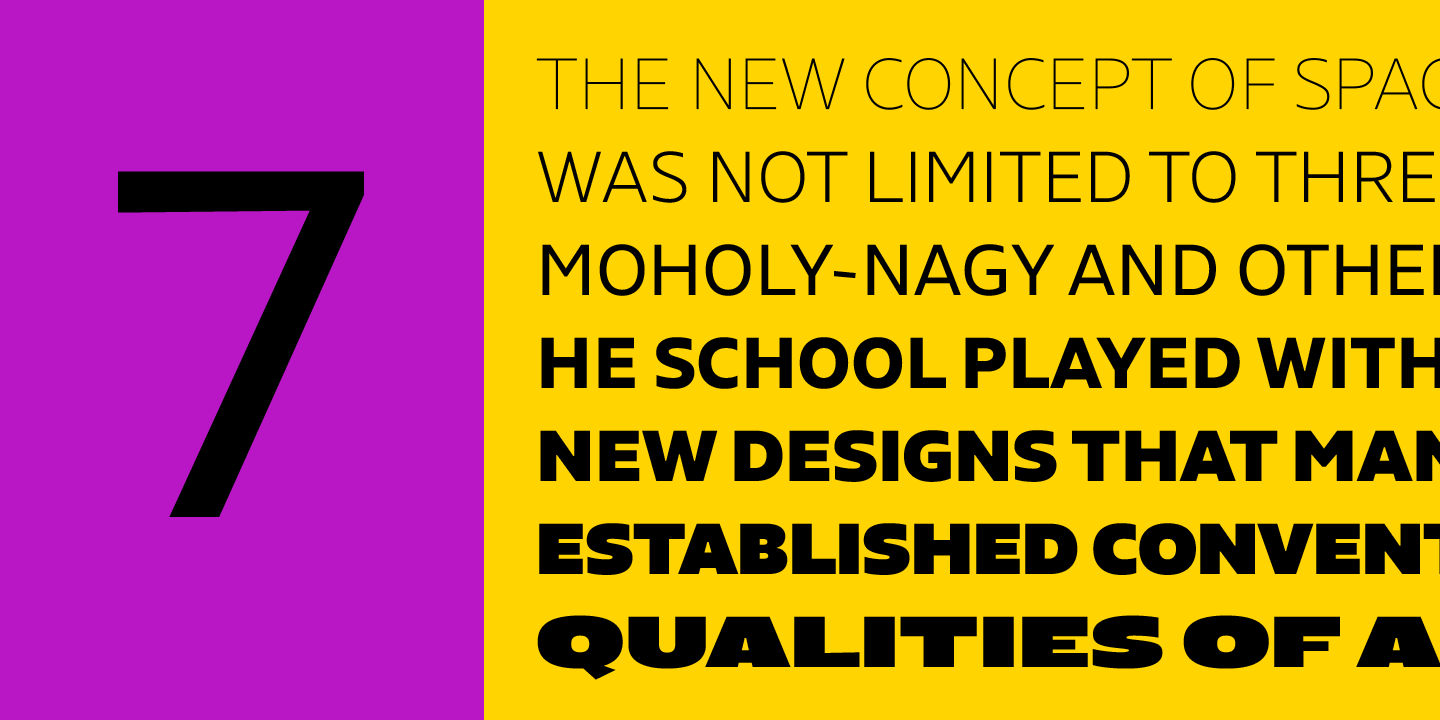 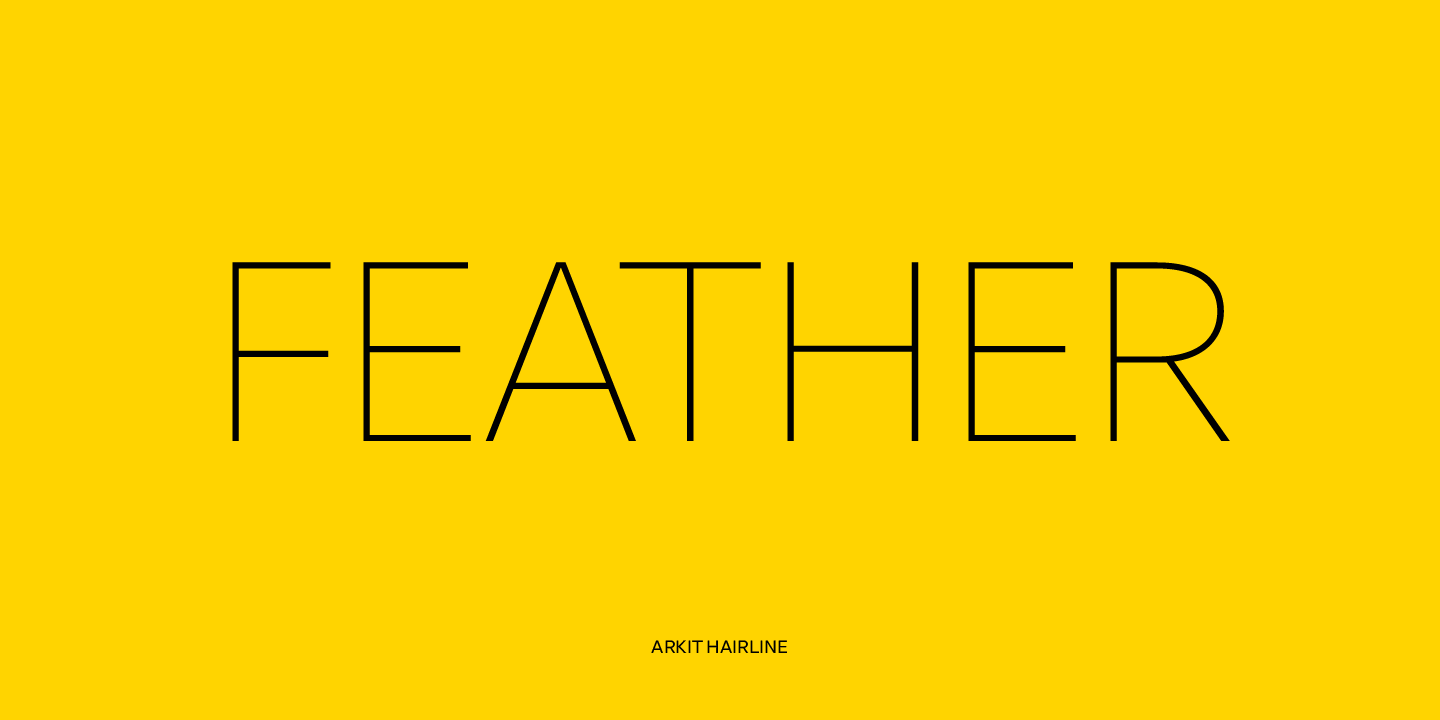 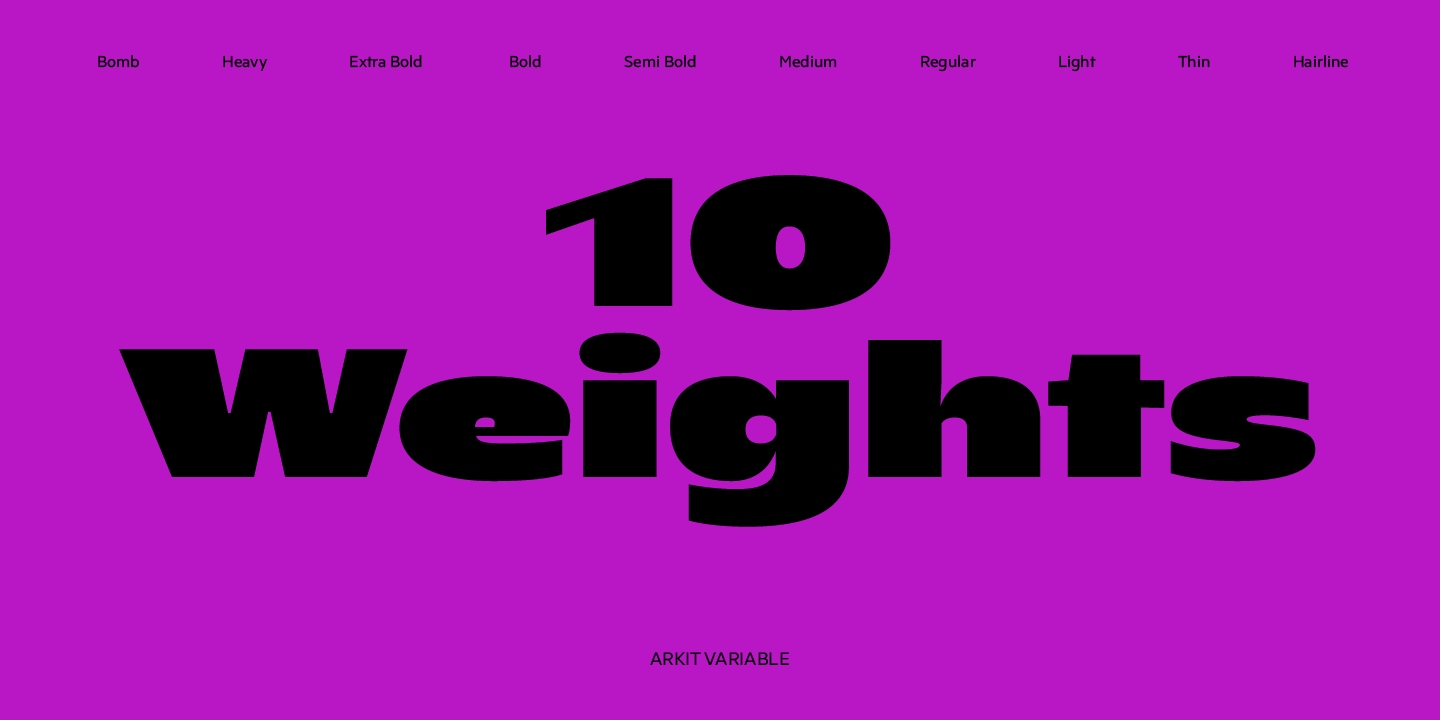 Arkit is a ‘constructivist’ sans with a humanist taste. Its geometric appearance hides an organic soul that can be ‘felt’ rather than seen, as for instance in its slightly tapered strokes. With its big x-height it performs well as a book face both in body copy and captions and small-size texts. But Arkit also features an oustanding range of weights including ExtraBold, Heavy and Bomb which are especially conceived for signage and display applications.

Buy! Rent on Fontstand
Specimen Fonts in Use