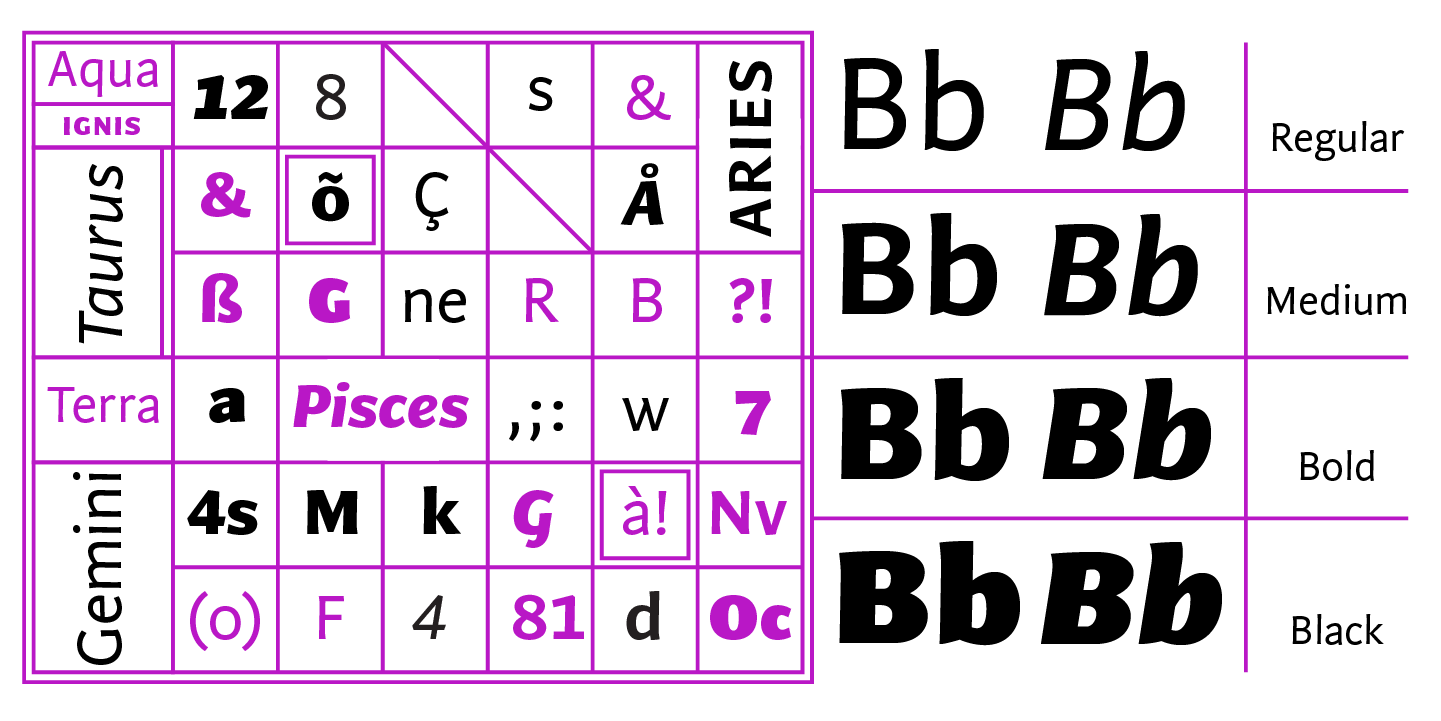 Arzachel is a spanking new humanist sanserif with a big x-height and a clear organic look. It’s an all-rounder that works very nicely with texts for publishers and advertisers. Originally conceived to accompany Zenon for use in small sizes, Arzachel’s design is scientifically sharp and efficient in small sizes but rugged and dramatic in headlines.
Several features go into Arzachel’s personality. All roman letters are gently sloped, the upper stem terminations are flared in both roman and italic and letters a, c, e, f and others widen on the outside towards terminations. Contrast is low in the regular weight but distinctly noticeable in the black. The caps have a subtle but unmistakable inscriptional flavour.
While still under development, Arzachel was used in several printed projects including James Clough’s Signs of Italy (Lazy Dog Press, 2015). Since summer 2017 it has been used in ‘Pulp’ – produced by Eye magazine for Fedrigoni.