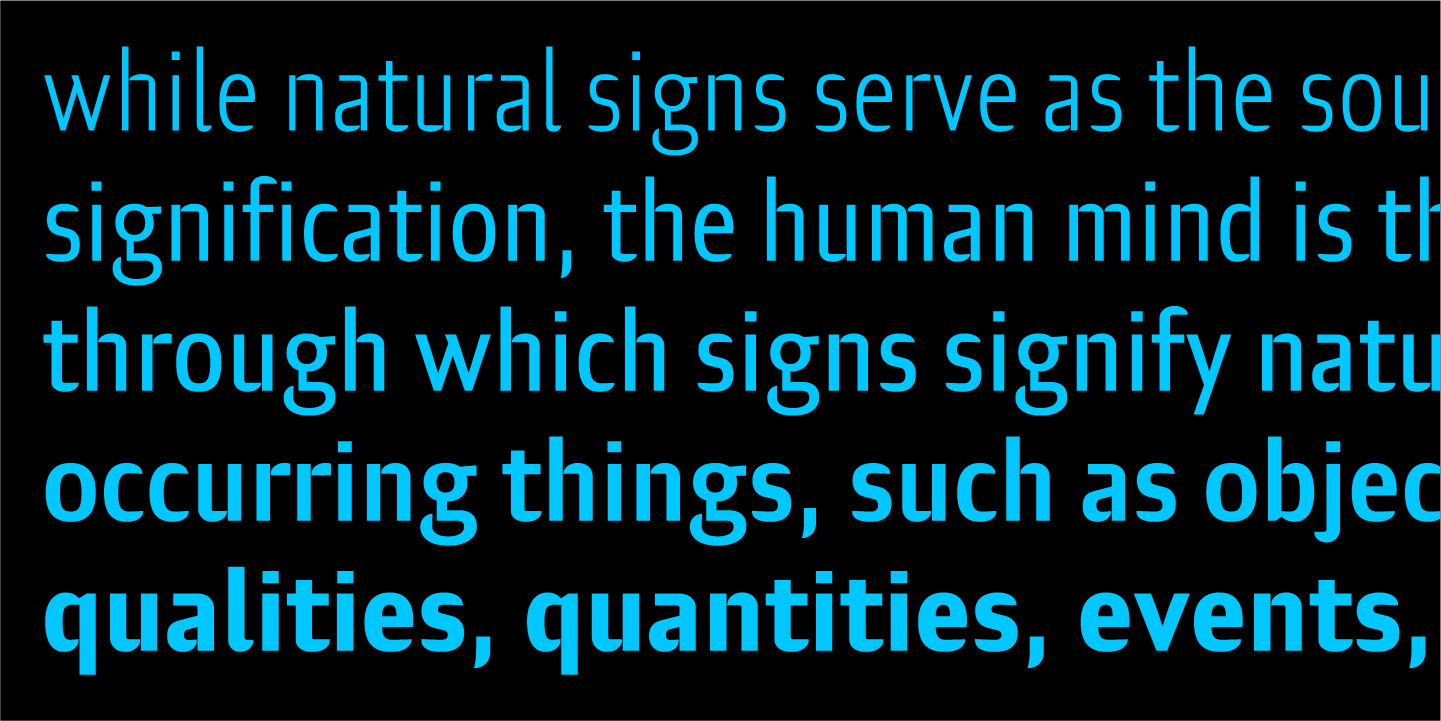 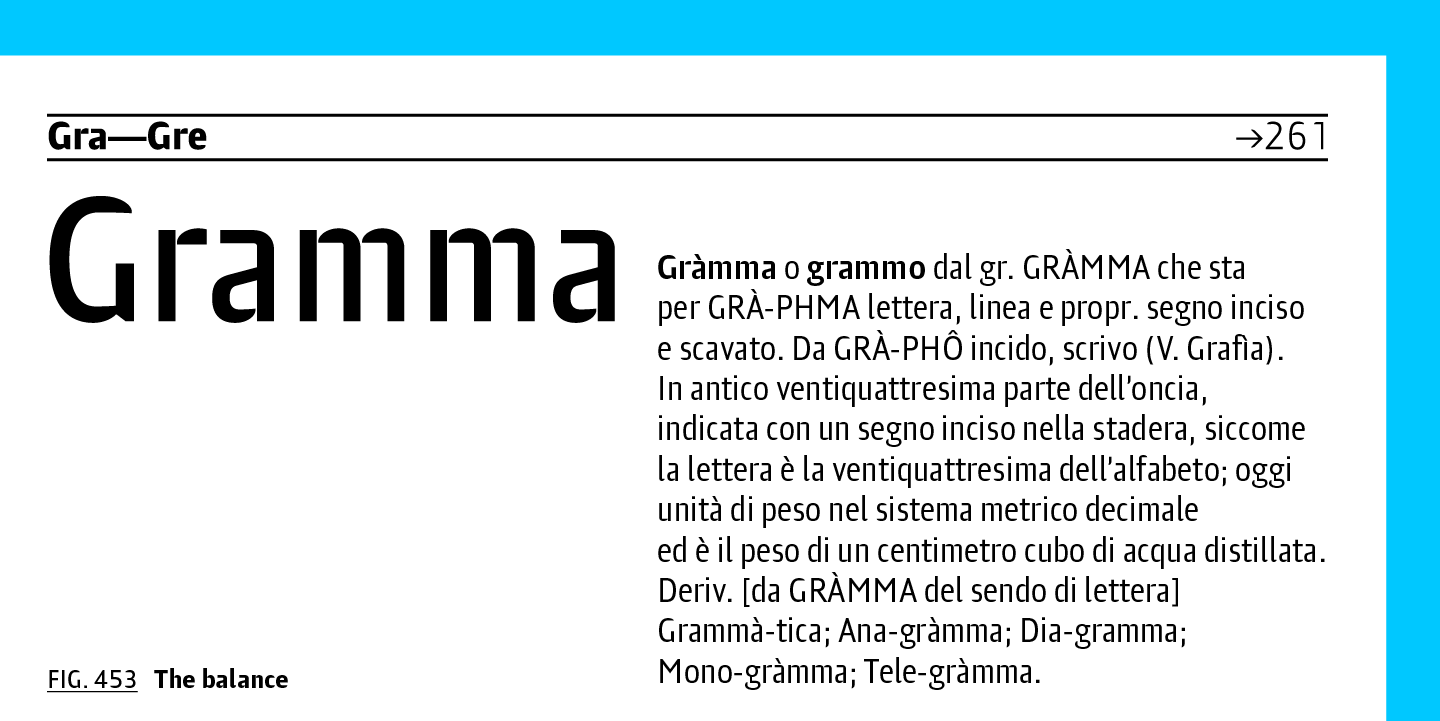 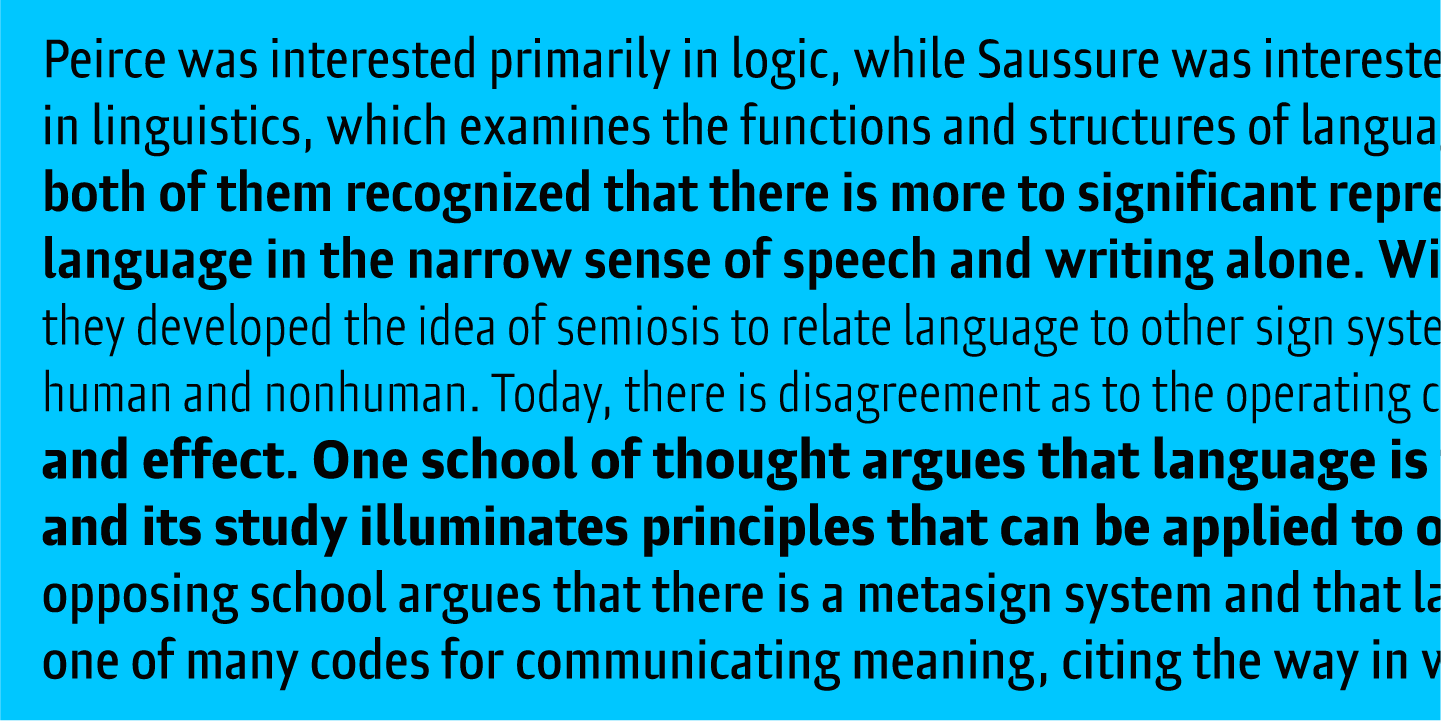 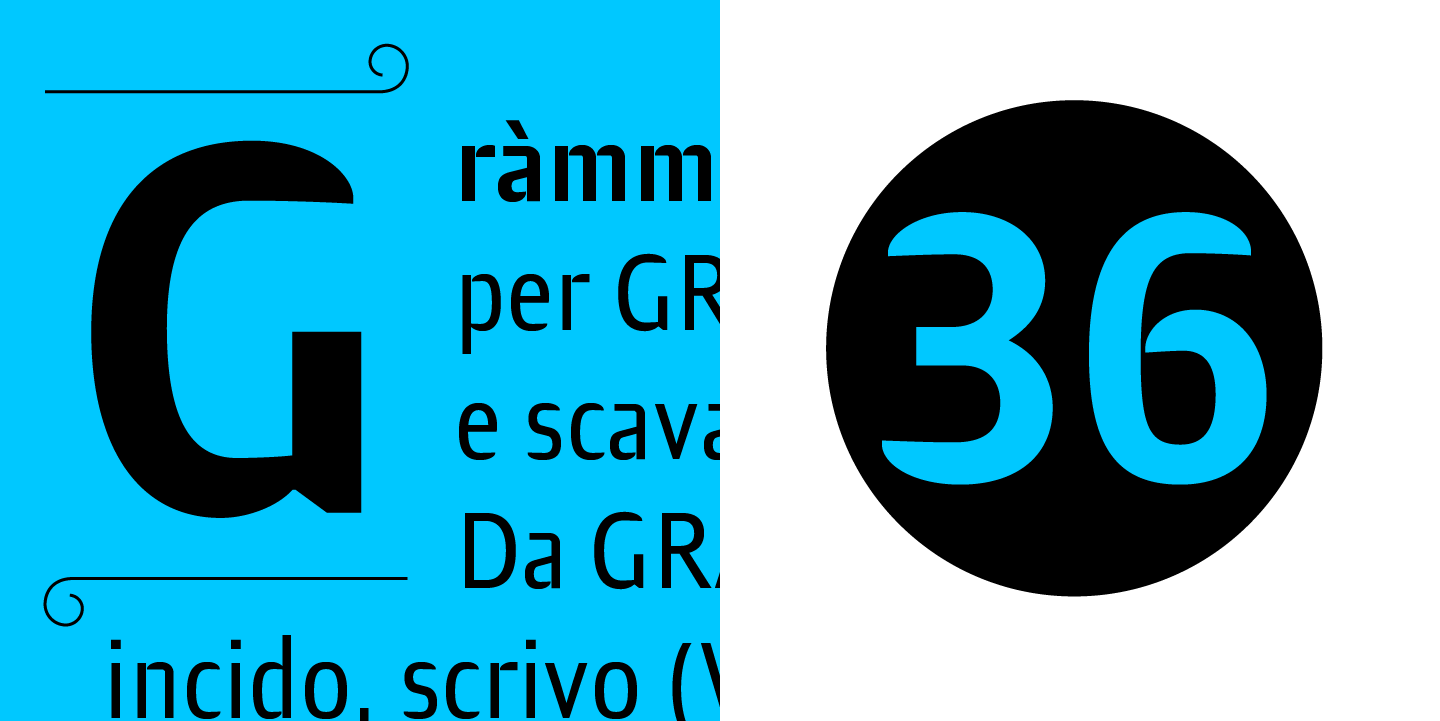 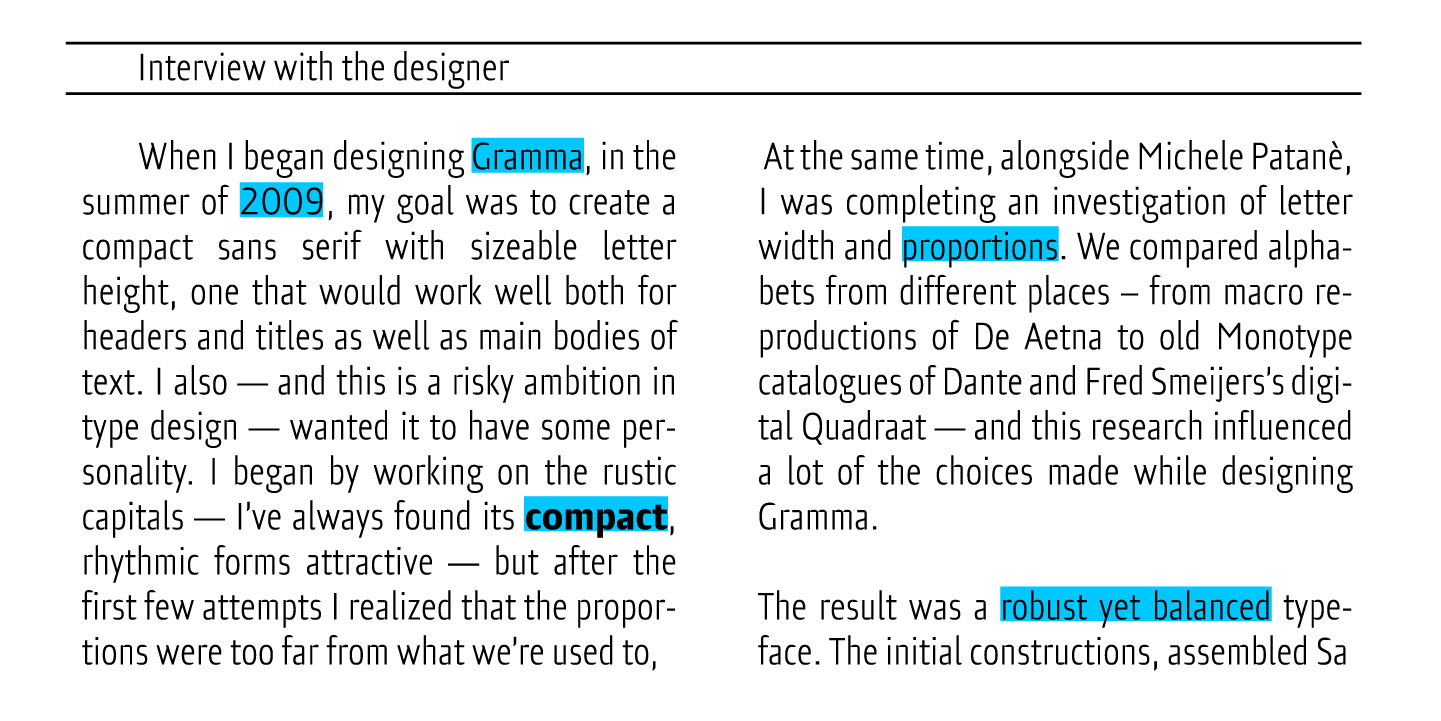 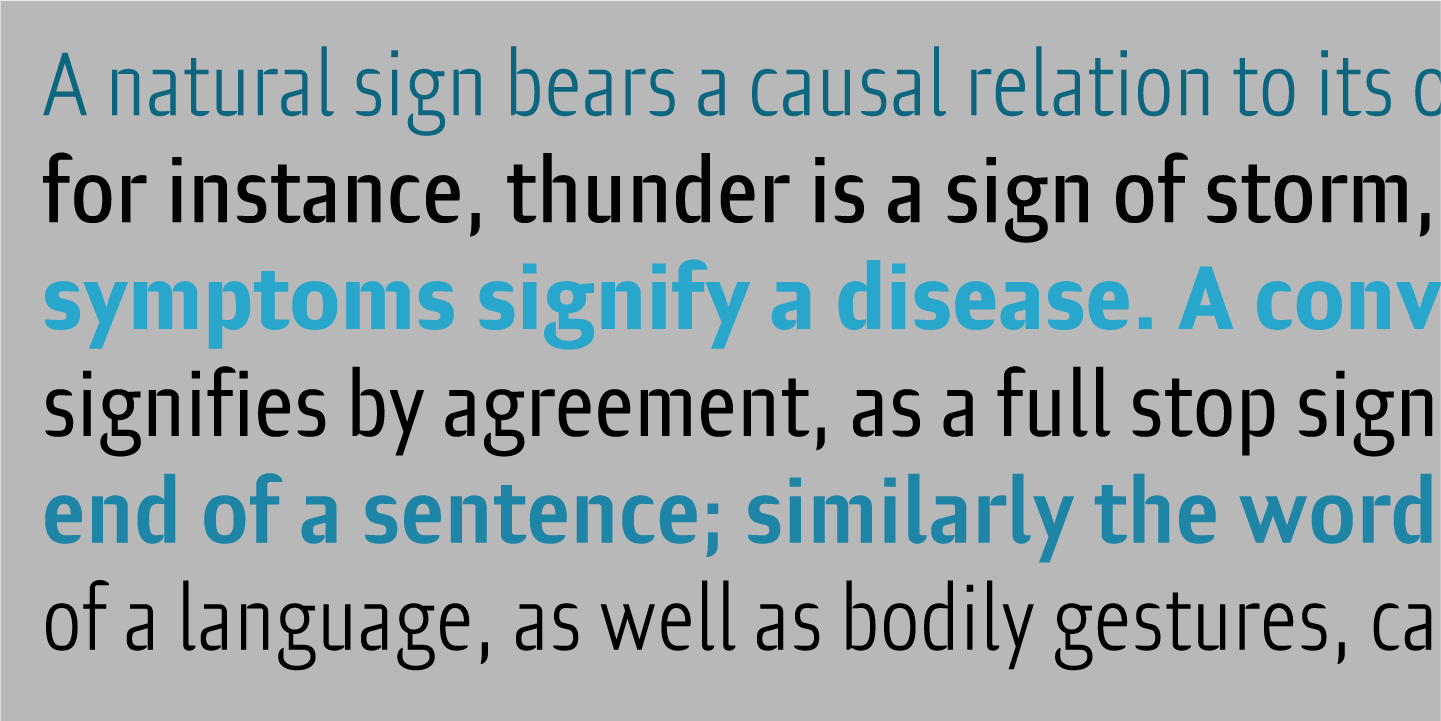 Gramma is a compact sans with a big x-height. It is a robust and balanced typeface that works well both for headlines and main bodies of text. It was developed following the concept of the micro- and macro-reading of forms: the digital letters can be reproduced at any size, from minute to gigantic, and such size differences alter their visual perception. Gramma’s design plays with this peculiarity. The initial designs, assembled from a few well-defined geometric modules, were later polished into more organic forms; the letters’ arches are quite squared, and the counters and other internal negative spaces push outward, creating a tension that balances the forms’ compression. Gramma’s most evident characteristic is its ‘bird-beak’ terminals (present in many letters, including the c, e, f, s…) that replicate the unconnected junctures between stem and curve, visible in the a, b, d, g, h. Gramma has been used in several printed projects, from branding to magazines, including the new layout of Progetto Grafico in 2013.