This typeface is a scream. An ultra-light display grotesque that combines fashion and science fiction, technology and branding. Alleanz revisits futurism: the praise of unlimited progress, dynamism and speed 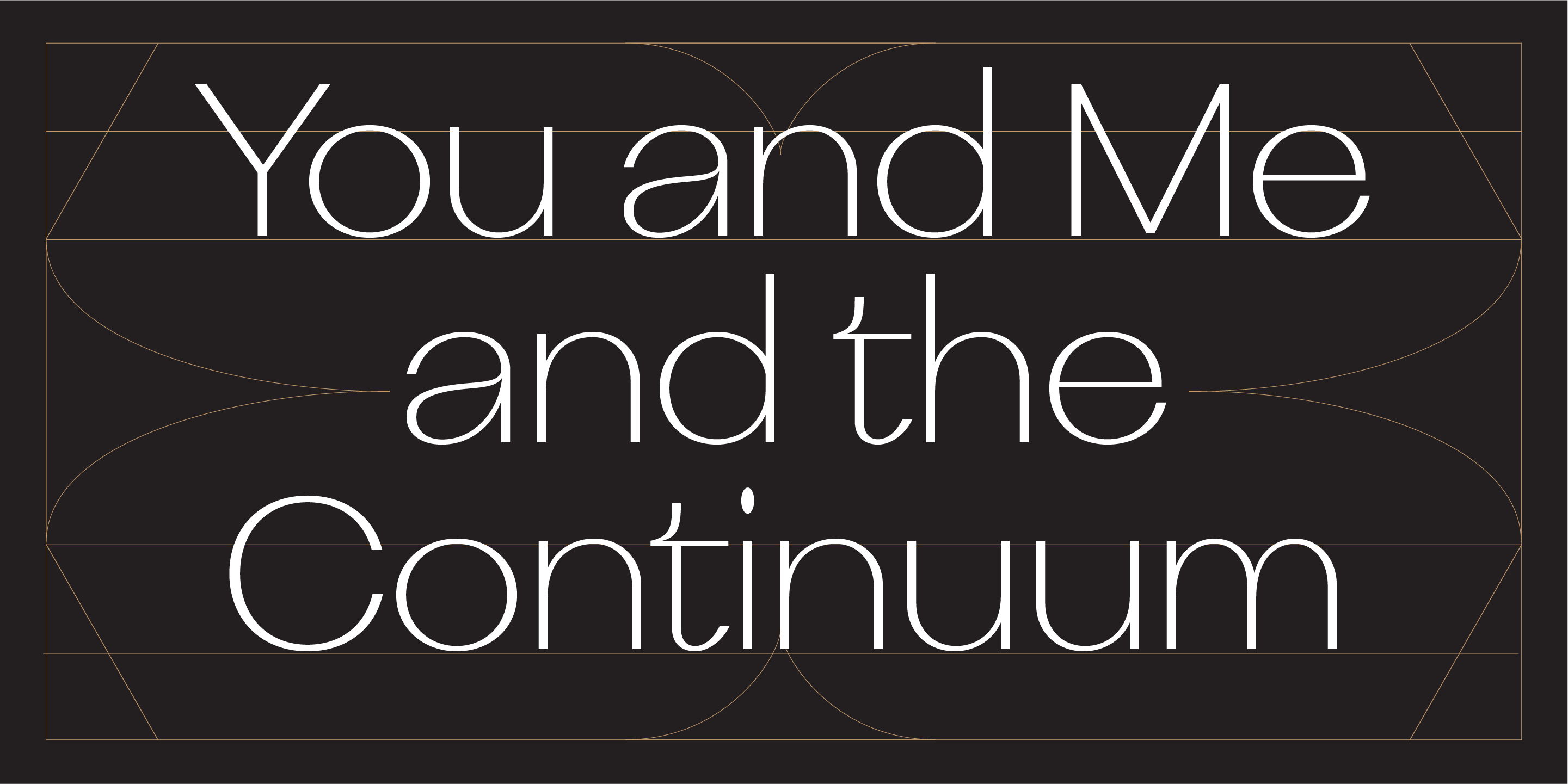 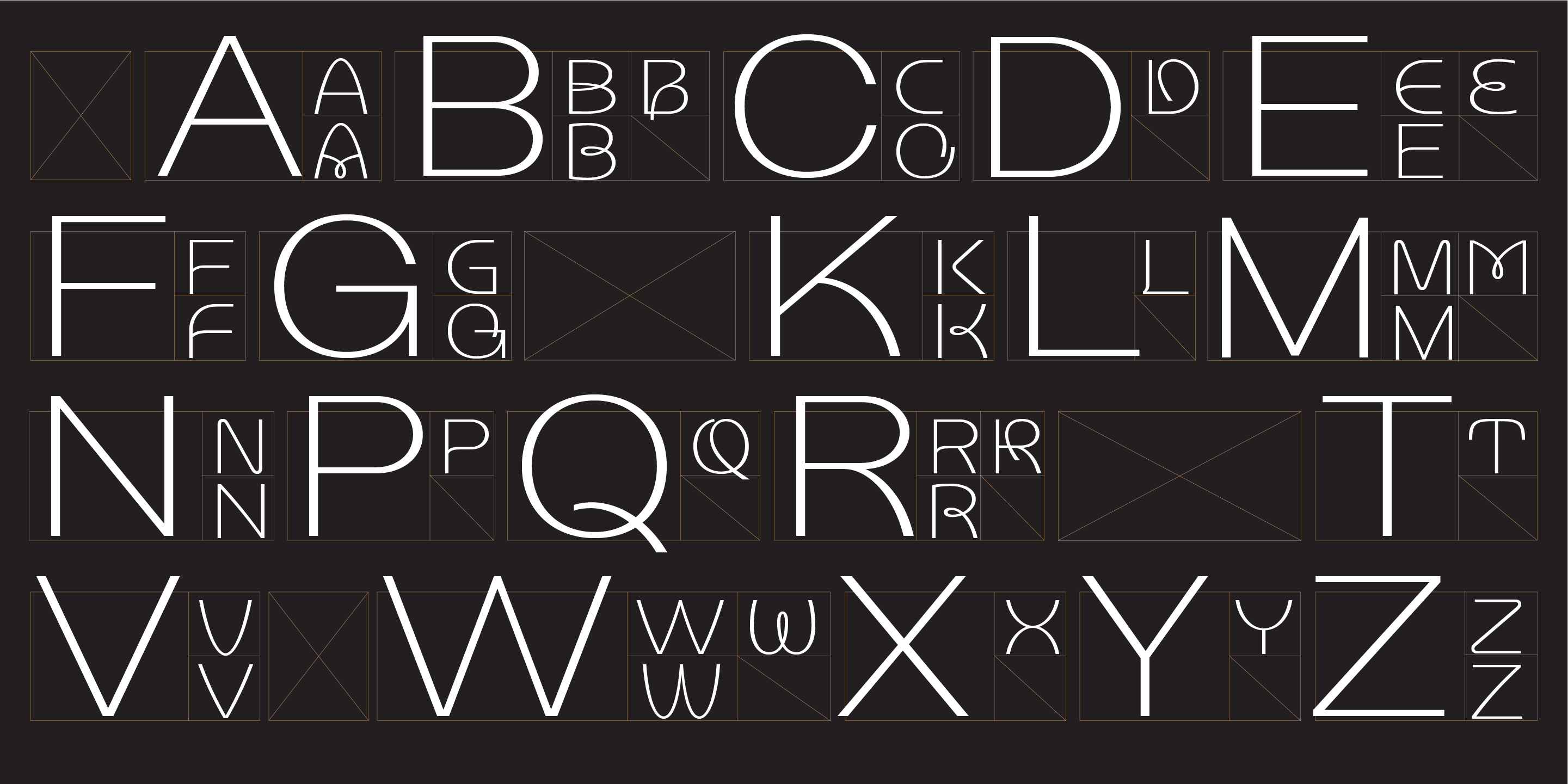 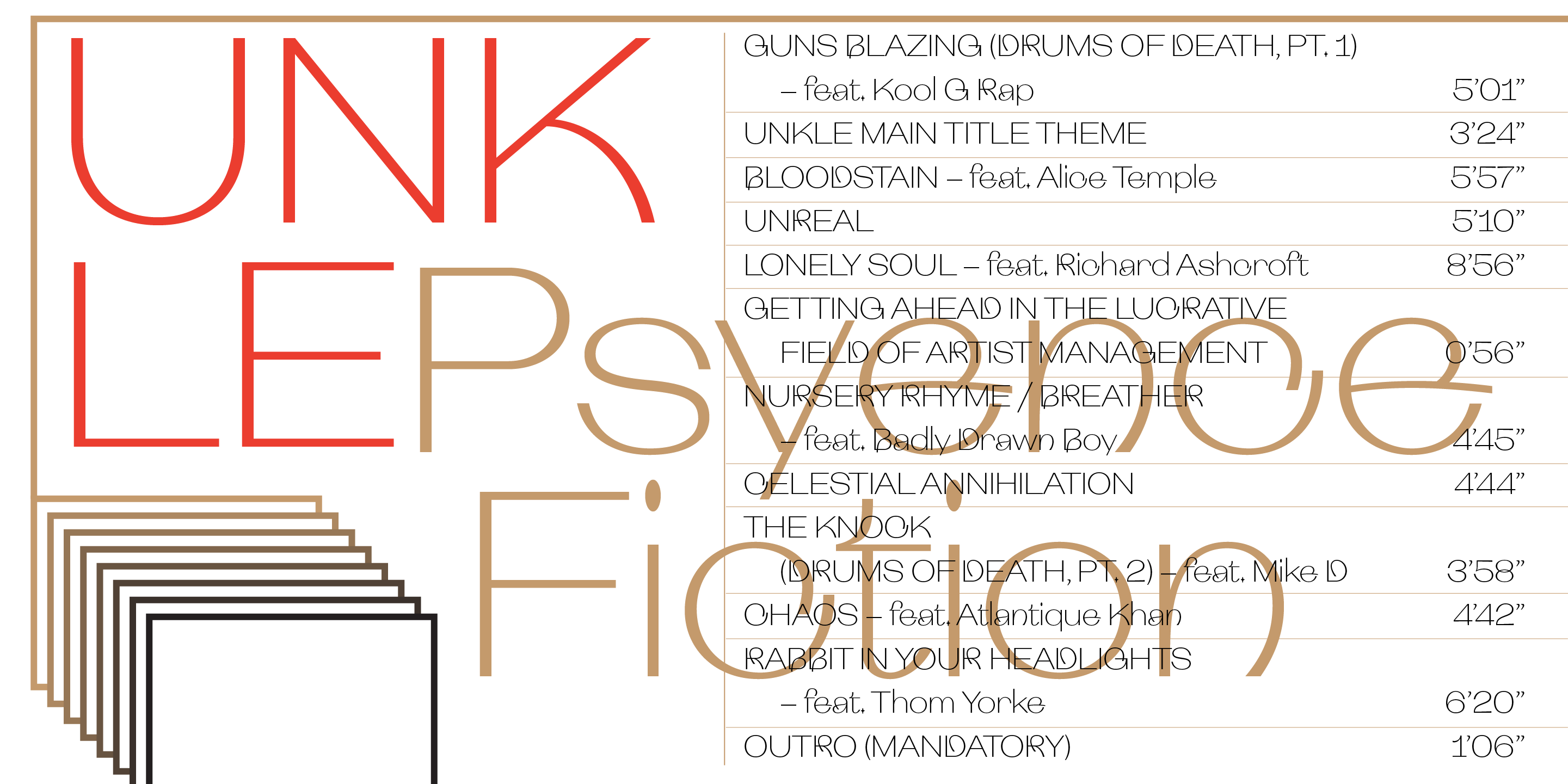 Alleanz: a universal sans for any future

Alleanz is an ultra-light sans serif with a pronounced thick and thin contrast. With generous proportions and wide letterforms, it pursues radical and innovative shapes. Curved strokes swell towards their terminals and travel beyond what’s ‘normal’. The details of other letters can feel out of place, like the central bar of g, which extends over the lower bowl, or the twirling top of f and t. These shapes are mirrored by the bizarre, sophisticated alternates included in Alleanz’s four stylistic sets.

If Alleanz seems to brush against nonsense, there’s a reason. Born from analysing tech typefaces, it will remind connoisseurs of classic 20th century sci-fi movies of exploring other worlds, flying spaceships, epic space battles and super high-tech devices. Indeed, Erasmo Ciufo was influenced in his design by a dear friend who lives in Castellammare, North Los Angeles. A successful Hollywood screenwriter, he sent Ciufo an unfinished scene from a new screenplay. Ciufo was asked to take part in the project, providing opening and closing credits, and the typeface slideshow featured in that scene.
While this story played a big role in the design of the typeface, it is uncertain if Alleanz will actually play a role in the movie, since it is still under production. Nevertheless, we’re pleased to give you a sneak preview, an excerpt from the film treatment sent to the designer.

Three faint, repeated sounds reverberate around the official headquarters of the International Science Parliament, the former Meenakshi Temple. A slight cough brings the members of the assembly to order. The President’s speech can begin.
‘There was nothing but senselessness, nothing left but horror, the only plausible prospect seemed to be the highest cliff of sacrifice. But today, dear colleagues and members of the international scientific community, on the first day of this year 2121 we can proclaim that the future has appeared before us. The data speaks for itself. After signing the peace and cooperation treaty between the three blocs, after fighting for change in every corner of the planet following the example of our enlightened forbears, today – thanks to the realisation of the Diviner project – we can declare that in less than a century our technocratic government, our Alliance, has re-established the humanity of man! It has re-established the idea of the future!’

Every word boomed out by the amplification system is followed by a brief metronomic rumble among the thousand perfectly restored columns of the Airakkal Mandapa.

The echo of the words bounces about and reaches a distinguished young man in a blue suit. His badge reads: Jonah Midrash – Diviner team design. He stands apart, next to the left foot of the great statue of Shiva.

Snatches of the speech resonate in his ears and distract him, fascinate him: ‘… famine … risk of extinction … necessary reduction in the population …’ He is anxiously trying to put some order into the notes for his own speech. He has them displayed on his augmented reality lenses. At this precise moment, the conflict between his mnemonic thinking and the speaker’s words is generating an agonising Larsen effect in his head. He is confused; he lowers the lenses while other words, other fragments echo darkly among the thousand columns: ‘ … instinctual control … social reorganisation … neuronal mapping …’
This is not the first time Jonah has heard of these things. His career as a linguist and semiologist specialising in visual design has been built on these theories and on the origins of language.

So why this feeling that he can’t even name, this sudden disorientation and this unbearable whistling noise?

‘We have managed to eliminate all the metaphysical vices of human thought, but we have still to work on the rhetoric of grand occasions!’ The words come unexpectedly from behind. They are close and clear. Jonah turns around.
‘Professor! I was going over my presentation on the Alleanz lexigrams and …’ In a grey three-piece suit, Professor Wilfred Zion stops him with a hint of a smile. He is Jonah’s boss, the leading expert in computer and eugenic engineering, the father of the Diviner project.

Zion removes his large rectangular glasses and with the thumb and forefinger of his right hand begins to smooth each of his thick eyebrows in turn, as if he were stroking a cat’s ears.

‘So impressed by our President’s speech!?’ He replaces his glasses and smooths the lapels of his jacket from top to bottom as if continuing to stroke the same cat.
‘Something bothering you, Jonah?’

‘No professor, it’s just that …’ He can’t go on and Zion comes to his rescue.
‘Yours, dear Jonah, are persistent primitive-superstitious doubts hiding in the limbic system, nothing more. Simple excitement. We are about to launch Diviner also thanks to your contribution.’

‘This revolutionary kinetic wave repeater will contribute to the achievement of a defining evolutionary step forward. By controlling the neurotransmitters and consequently the chemical and electrical impulses of the human brain – still prey to deep and destructive primary instincts – we can enter the last room of the mystery: consciousness.’

Free will and the Larsen effect

To shield himself from the suddenly revealing words of the President, to which are now also added those of his mentor, Jonah obsessively studies his notes. He needs to go over the basic steps of the Alleanz design process. An increasingly acute whistling sound pierces his brain as he asks:
‘What are they all talking about?’

The answer comes despite the whistling sound, like a kind of silent revelation. Alleanz, the family of typefaces he has worked on for almost two years, is part of a project that is about to mark the end of free will and the perpetuation of the psycho-social control of the population!

Zion lays a hand on his forearm. He is speaking slowly. The whistling noise has suddenly stopped.

‘Free will is a chimera, it is just an adaptive mechanism and therefore adjustable, directable for the common good. It is totally relative. If you will, dear Jonah, it’s like the idea that time is encased in the mechanism of an old pocket watch.’

The whistling noise in his head is back, increasing in frequency, overwhelming — now Jonah is struggling to stay on his feet. The lenses of his augmented vision glasses steam up, dissolving the letters projected on the transparent surface. Zion watches him, unmoving, while the President’s amplified voice rises above the whistling: ‘… the shepherd of this new flock of humanity …’ (Zion almost imperceptibly raises his upper lip) ‘… Professor Wilfred Zion!’

The professor hesitates a moment longer, his hand on Jonah’s arm, staring him in the eyes. Then he walks toward the centre of the room accompanied by long, rhythmic applause.
Silence. He takes off his glasses, strokes an eyebrow and starts talking.

‘Diviner is the balancer, the regulator of functional processes, the director of common destiny.’
He replaces his glasses and looks carefully at his colleagues in the room.

‘Above all,’ says Zion, with a quiet little laugh, ‘it will help us avoid the expensive and complicated use of mass psychotropic drugs!’
Pause. The professor scans the room with his eyes.

‘First of all I want to introduce Alleanz, the typeface and framework of Diviner. Designed both for the user interface and for the source code, it also includes several sets of alternative letterforms which are none other than lexigrams that refer to the emotional states to be disempowered. To explain to us the genesis of this sign system will be my assistant, Jonah Midrash.’
Professor Zion turns, smiling, and motions him to come forward.

Jonah feels dizzy and fails to associate the sound of his name with himself. He is disoriented for a time which seems to expand enormously, catapulted into a space he does not distinguish, does not recognise.

Zion’s smile fades, he stares at Jonah. The room is waiting, silent. The whistling has stopped. 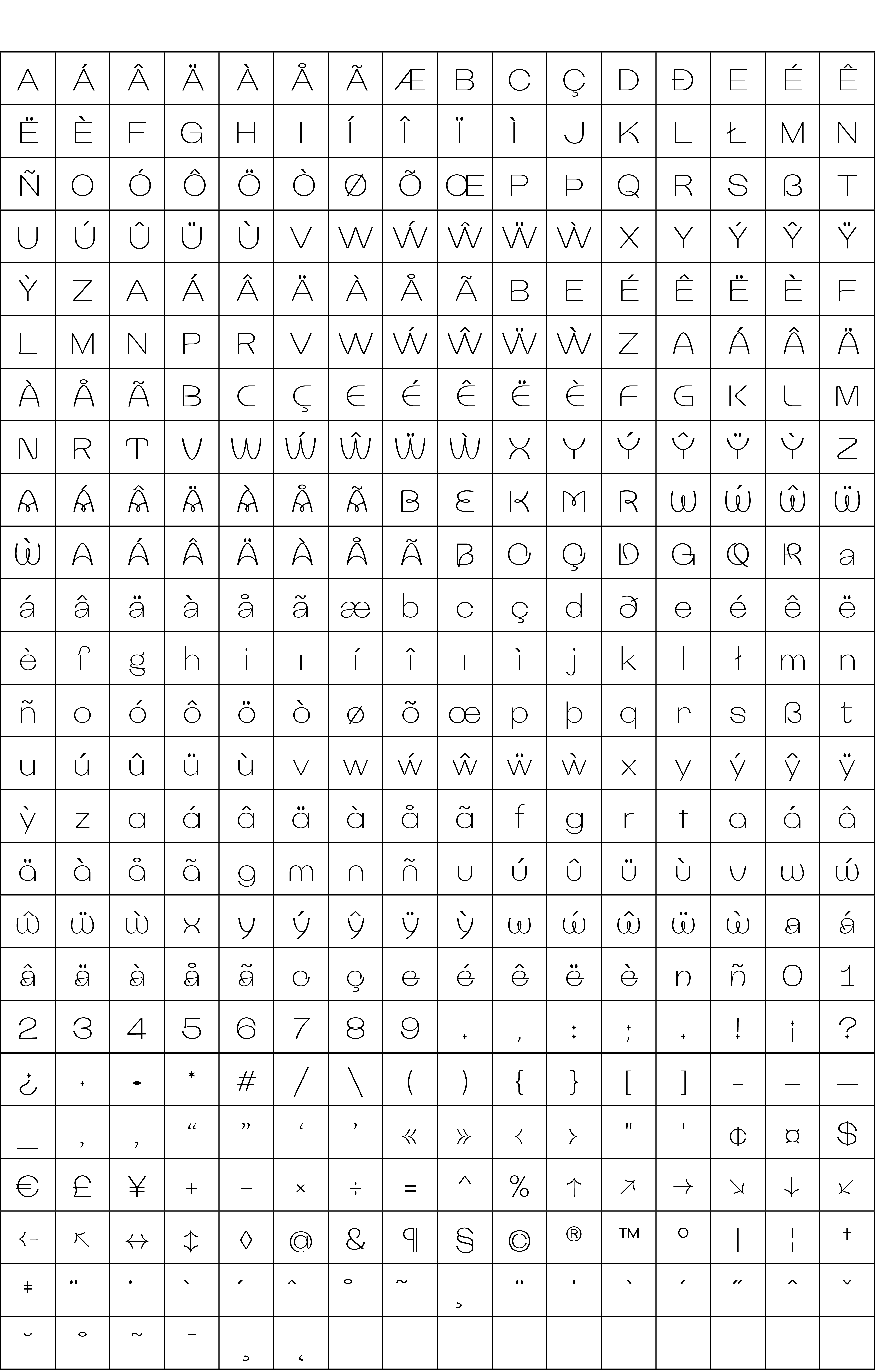